Salesforce.com Is The Latest Company To Join The Ranks of Corporate Activists

Salesforce.com is the world’s largest seller of customer relationship management platforms. Although it’s not a household name like Google or Apple, it’s an enormous company with a market capitalization of $120 billion and over 40,000 employees.

One of their largest, long time customers, Camping World (CW), happens to be one of America’s largest gun retailers.

For many years, this wasn’t a problem for Salesforce. But it appears now that times have changed. And the woke corporation just doesn’t feel comfortable doing business with a retailer that sells guns. Especially when one of their most profitable products happens to be the much-maligned AR-15 rifle.

In fact, over the last couple of months, Salesforce began applying pressure to their gun-selling customers. “Stop selling military-style rifles, or stop using our software.” This latest directive puts their customers in a tough situation. “Camping World, for example, spends more than $1 million a year on Salesforce’s e-commerce software, according to one analyst estimate. Switching to another provider now could cost the company double that to migrate data, reconfigure systems and retrain employees.”

These types of rules are “corporate-policy virtue signaling” and discriminate against gun owners, whose rights are protected by the Second Amendment. It is a very chilling effect when a company as large as Salesforce puts out a policy like this. A policy like this is not surprising from a company based in that part of the country.

Bars customers that sell a range of firearms – including automatic and semiautomatic – from using its e-commerce technology. The policy also precludes customers from selling some firearm parts, such as “magazines capable of accepting more than 10 rounds” and “multi-burst trigger devices.” And it will affect “a small number of existing customers when their current contracts expire, as well as all new customers.”

In December, Salesforce opened a department which they call the “Office of Ethical and Humane Use” to coordinate their foray into corporate activism.

They are not the first corporation to take a stand against gun retailers. Dick’s Sporting Goods stopped selling guns in the last year (which has led to a sharp decline in sales). “Walmart banned the sale of military-style firearms in 2015 and last year it raised the minimum age for purchasing firearms and ammunition from 18 to 21.

The day after the Parkland, FL shooting last year, Benioff said, “The AR-15 is the most popular rifle in America. Ban it.”

He has expanded his company’s social activism into other areas. In 2015:

He also publicly campaigned against a controversial Indiana law, the Religious Freedom Restoration Act, arguing it could lead to discrimination based on sexual orientation or gender identity. Salesforce, which had 1,400 employees in Indianapolis at the time, threatened to “dramatically reduce” the company’s investments in the state, before the legislature eventually amended the law.

I suppose, as long as shareholders approve of these policies, companies are free to do whatever they please. Still, it’s starting to become a bit scary when a company like Disney decides suddenly to pull out of Georgia because they disagree with a new abortion law the state legislature has passed. I know a man, a freelance movie set designer, who moved his family from California to Georgia two years ago because so many production companies were moving into the state. Netflix is considering leaving Georgia as well. These decisions are going to affect many industry workers.

Should a business software company have the right to dictate the business decisions of their established customers? Has the shift toward social activism gone a bit too far? 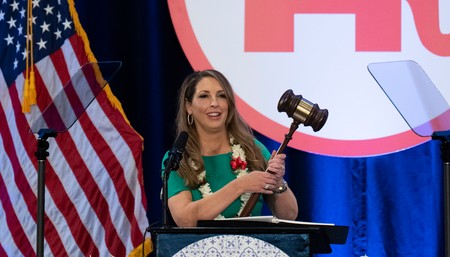