Opinion: Shall Not Be Infringed

Shall. Not. Be. Infringed. That’s what the Second Amendment says about the right of The People to keep and bear arms. No caveats. No ifs, ands, or buts. No constraints. Certainly nothing about intermediate scrutiny, or compelling interest. However, that discussion is where the latest Second Amendment case out of the 9th Circuit seems to be headed.

This past Saturday, my colleague Shipwreckedcrew penned yet another stellar legal article, this one on the recent decision by the 9th Judicial Circuit Circus to strike down a State of California Statute prohibiting Large Standard Capacity Magazines. Before going further, I must state loudly and for the record, bringing “The Crew” on board was definitely one of the better decisions The Boss has made. Crew not only knows the law, but also the intricacies of judicial procedure, in this case the subset of appellate procedure, which is going to be the focus of this tome.

Read: The 9th Circuit Court of Appeals’ Decision on Large Capacity Magazines Is Designed To Lead to a Supreme Court Review

First of all, let me state right up front, I am not a lawyer, nor have I recently stayed in a Holiday Inn Express. As a legal layman so to speak, I absolutely take at face value, the ins and outs that Crew has taken the time to delineate in such detail. My issue is with the procedures themselves, as he has described them. My issue is with the very concept or existence of some sort of intermediate scrutiny of an Enumerated Constitutional Right.

Our Founders and Framers were brilliant men…ahead of their time. What they conceived was a totally new concept of government. This divinely inspired creation transformed 13 separate colonies clinging precariously to the edge of a continent, into a nation that stretches from sea to shining sea, a nation that all others admire…even as they badmouth us in the United Nations.

The most significant parts of our form of government, are the three documents that codified this newly created idea of self governance: The Declaration of Independence, The Constitution and The Bill of Rights. Of these, The Bill of Rights is our focus today.

The Bill of Rights, the first 10 Amendments to The Constitution resulted from a reluctance by some of the states to ratify that political contract without some specific, guaranteed protections. The concern was that The Constitution was too general in some regards and might permit an overreach of power by the newly formed Federal Government. Talk about prescience!

As I mentioned above, the Founders and Framers were brilliant men. When they first penned, debated and ultimately the states ratified The Constitution and the Bill of Rights, these men chose their words carefully—and they meant what they said. When they wrote, “Shall. Not. Be. Infringed.” they meant just that. Which brings me to the well articulated process The Crew writes of, that determines whether or not there is grounds for a Supreme Court review of a lower court. In his words:

The level applied to laws which infringe on the Second Amendment — how much of a burden on that right does the law impose — is for the judge to decide, and generally decides he outcome of the case.  Judge Lee found the nature of the burden — a complete ban of HCMs under threat of a jail sentence — did “strike at the core of Second Amendment right” and did “substantially burden that right,” thus “strict scrutiny” of the statute was required.

As The Crew details in his explanation of judicial appellate procedure, the first thing to prove is substantial burden. Only after that is proven, can what’s known as strict scrutiny by the court apply. Strict Scrutiny is when the government must really make the case that it has a substantial compelling interest in limiting that right and that no other reasonable and or lesser alternatives are available. Intermediate Scrutiny, is (forgive my layperson verbiage) a form of lesser scrutiny that pretty much allows the government to do whatever it wants, as long as it doesn’t go “too far,” whatever that is.

My real beef in this particular case is that I personally believe the procedure is exactly backwards. It’s opposite of the Framers’ intent and needs reform. Shall. Not. Be. Infringed. No mention of dangerous and unusual arms. Point of fact, one of the most powerful weapons of mass destruction up to and through the War Between the States, was held exclusively in private hands. The Armed Merchant Raider could raze an entire coastal town. Today, it would be disallowed by Federal Law. But, I digress.

The Second Amendment presumes an existing right of the people and clearly states that it shall not be infringed. There is absolutely no mention of exceptions. That is why the current procedure is backwards. The first question that should be determined is if there is any impingement, upon the right. If there is any impact whatsoever, then Strict Scrutiny should apply.

Over time, we have allowed unelected judges, bureaucrats and even Congress, to burden and distort the elegant language of The Constitution. We have allowed procedure to override the clear prose of The Framers. If a government, local, state or federal seeks to burden any portion of The Bill of Rights, especially one so clearly written as to deny any ambiguity (for any rational person) that burden, no matter how minuscule, must be subject to strict scrutiny. If The Framers didn’t believe so, they wouldn’t have put the amendment in there in the first place. 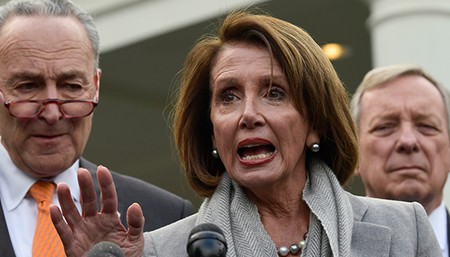