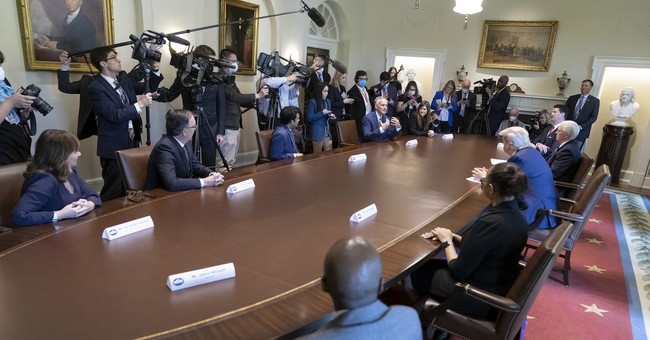 This is the 32nd in a series of nightly updates regarding Wuhan Virus numbers in these United States. As of 2359Z, the below charts reflect current U.S. Wuhan virus numbers.

Chart One’s data table shows Total Reported Infections, Total Reported Fatalities, and estimated Mortality Rate. The upper graph shows the reported number of NEW infections by date. As more test materials have made into the field and been put to good use, trend lines are becoming more clear, even if at times, counterintuitive. Today’s number of new infections reported is 28,186, which is 3,979 fewer than yesterday. The curve in new infections is still moving in the right direction.**

The lower graph shows new reported U.S. Fatalities. Today, we added 1,820 to the total count of American deaths, raising the total to 38,974. This was 715 fewer than yesterday…despite “innovative” classification procedures now promoted by the federal government. It should be noted that in today’s briefing, COL/Dr. Birx again emphasized a very loose standard as to what qualifies as a “Wuhan Virus Fatality,” thus continuing to enable, if not downright encourage corrupt reporting.

Analysis: Today, we see the evidence of continued artificial tampering with the numbers, albeit more discrete than Mayor DeBlasio’s open and notorious input on the 14th of this month. We expect this to continue as federal representatives communicate encouragement for this practice.

Going forward and based on new information now becoming ubiquitous, we will adjust the “what if” numbers to levels more in line with what new research is finding out. Before doing so, I will publish an OpEd describing our methodology and the evidence it is based upon. Any SWAGs will be noted. Stay tuned.