BREAKING: Navy Boss Responds; Calls Captain “Naive or Too Stupid“ to Be in Command 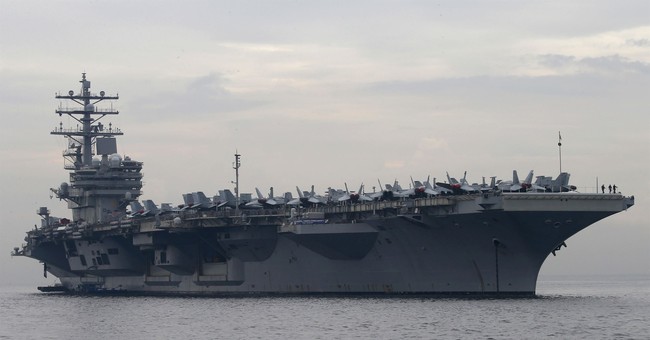 It looks like yet another Trump Cabinet pick is proving his mettle. In remarks to the remaining Sailors and Marines left aboard the U.S.S. Roosevelt, the Acting Secretary of the Navy, Thomas Modly, was quick to put paid to the meme currently being promoted by the anti-Trump press that the former Captain, was “some sort of heroic martyr.” Instead, ASECNAV called him out for what he was. From FOX News

“If he didn’t think, in my opinion, that this information wasn’t going to get out into the public, in this day and information age that we live in, then he was either A, too naive or too stupid to be a commanding officer of a ship like this, Modly said of Crozier, according to a copy of the remarks obtained by Fox News. “The alternative is that he did this on purpose.”

“Think about that when you cheer the man of the ship who exposed you to that…I understand you love the guy. It’s good that you love him. But you’re not required to love him,” Modly said, adding the letter penned by Crozier had “sensitive information” regarding the condition of the aircraft carrier.

I’m glad Modly used blunt terms instead of beating about the bush. The profession of arms is a tough business. We have no place for folks who cannot understand that our primary purpose is to be prepared to kill people and break things in support of National Command Authority objectives. We certainly don’t violate operational security. Another thing senior leaders have to realize is that we often have to do things that we regret…are necessary. Side Note: POTUS should go ahead and forward his name (if he hasn’t already done so) to the Senate for immediate confirmation.

Read: Opinion: Carrier Captain’s Relief Not Simply About One Vessel…Or Even One Naval Officer