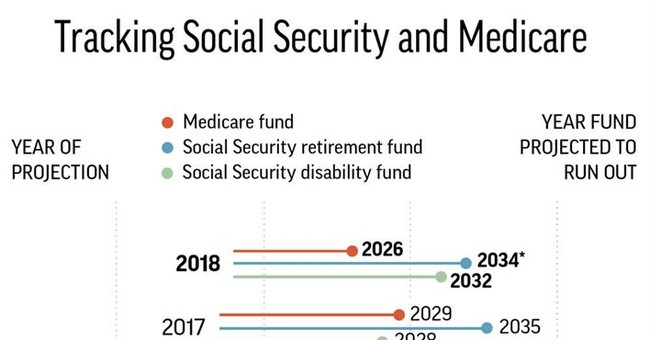 Vice President Mike Pence was appointed to lead a “whole of government approach” for the United States’ response to Coronavirus landing on our shores and attempting to gain a foothold. He and his team are conducting daily press briefings to keep the American public informed about progress in that effort.

There’s another aspect to this whole of government approach, assessing and addressing the impact to our economy. Travel is way down, impacting not only the airline and cruise industries, but also gig economy workers such as Uber & Lyft drivers. This has instigated both the Trump administration and Congress to propose multiple methods to ameliorate the negative impacts to American workers.

Some of the help being discussed is small business loans, extended unemployment benefits and even extending the deadline for filing federal tax returns…with no penalty or interest! The House of Representatives has put together a comprehensive bill, but it is unlikely the Senate will get to see it until next week. More to follow as that bill gets negotiated.

One idea suggested by President Trump is getting a less-than-enthusiastic reception in either House. The President has suggested a temporary suspension of the Social Security Payroll Tax for both employees and employers. At first blush, this sounds like a good idea. After all, it would keep more cash in the pockets of working Americans, if only for a short while. I’m usually all-in on this type of thing. However, there are some problems with it.

First of all, is cash flow. While American workers would get to keep more of their hard-earned dollars, the Social Security Administration would still be cutting benefit checks to Senior Citizens. If this went on too long, we could conceivably add another trillion dollars to the Federal debt. However ugly, that is still a defined problem with determined boundaries and achievable solutions.

What expands those boundaries into another universe is President Trump’s stated desire to make such a suspension permanent. His position is that Social Security should be paid for out of the General Fund. From an article in FOX Business

President Trump, to offset economic fallout from the fast-spreading coronavirus has proposed slashing the payroll tax rate for employees and employers to 0 percent — a change that he wants to make permanent, White House sources told Fox News.

Eliminating the Social Security Payroll Tax would, of course, require jacking up regular income taxes in order to avoid the final destruction of whatever fiscal sanity we might have left. But that isn’t the worst part. Before we go there, let’s examine how Social Security is viewed by both the federal government and the average senior citizen receiving benefit checks.

First of all, a little cold water on the faces of folks who have paid all of their working lives into the Social Security program and believe that they are legally entitled to/legally own those benefits. Have a look at the lead paragraph from the CATO Institute:

You can see all the ins and outs of a United States Supreme Court decision that essentially tells you that you have nothing.

Read: Do you have a right to Social Security benefits? Nope, not according to the United States Supreme Court

That’s the de jure position. The “de political” position is a little more subtle. Except for those Americans who have heard of Fleming v. Nestor, most of us believe that if we contribute for the required amount of time and in the required amounts, then we have a right to draw the agreed-upon benefits. The politicians in Washington carefully cultivate this belief. They are also well aware that touching that “third rail” by suggesting reduced benefits or worse yet “means testing,” would be the kiss of death. Means testing would radically change taxpayer perception of Social Security from a duly earned and paid for retirement benefit, to just another welfare handout.

President Trump’s proposal, if enacted, could do just that. Once you remove the targeted payments and fund the program out of general tax revenues, then as time goes on, there would be a steadily decreasing number of people to push back on means-testing the program. Every cohort of senior citizens who had paid into the system, drawn benefits and ultimately passed from this mortal coil, would be replaced by a cohort of new workforce members who would have no such reservations, as they had not paid into “their personal Social Security accounts” for decades. Something to think about.