After the addition of new writers to the RedState Water Cooler (welcome aboard, all, now I’m not the n00b any more!) the RedState Department of History has moved from every other Monday to each Sunday (I know, I know, lucky you, right?)

Well, maybe not. But as the Sunday morning news shows morph into their customary glob of unintelligible mush, at least we have some history to enjoy.

Last week we spoke of the 106th birthday of Ronald Reagan. Today marks the 208th birthday of the first Republican President of the United States — Abraham Lincoln. 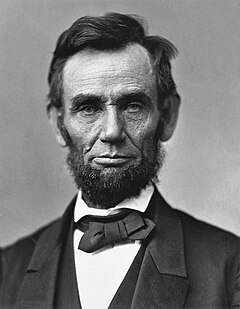 Lincoln was born February 12, 1809 in Hodgenville, Kentucky. As one of the most exhaustively chronicled people in American history, we won’t recount his history here, but I find his birthday today to be especially timely in light of the current legal controversy over Donald Trump’s executive order on travel from majority Muslim countries.

As history students know, Lincoln had his own controversy over the Executive power, in the case of ex parte Merryman. In that case, Army Lieutenant John Merryman was arrested for his role in destroying two bridges being used to move Union troops south toward Washington in May 1861. To hold Merryman, Lincoln used Article I, Section 9 of the Constitution to suspend habeas corpus since Congress was not in session. The Article reads:

The privilege of the Writ of Habeas Corpus shall not be suspended, unless when in Cases of Rebellion or Invasion the public Safety may require it.

After Army officials refused to release Merryman to a lower court judge. Chief Justice Roger B. Taney issued an order himself. However, at the time it was not  clear whether Taney was acting in his capacity as a Circuit Court judge for Maryland or in his role as a Federal judge. To further complicate matters, Taney issued his order from Baltimore, not from Washington. to allow Army commanders to produce Merryman without leaving the areas of their command.

Taney’s order further did not require the Army to release Merryman but merely to produce him, and did not order Lincoln to comply in any specific manner. So, Lincoln ignored the order, which said that the President can neither suspend habeas corpus nor order anyone else to do so.

Lincoln’s allies noted that Taney, who also wrote the majority opinion in the Dred Scott decision, was a partisan Democrat, while Taney’s allies said he was acting within the scope of law. While in jail, Merryman received furniture and meals from Taney, and later named one of his sons Roger B. Taney Merryman in the judge’s honor.

Yet Taney relied on foreign law as part of his decision, noting that under English law it was Parliament, and not the King, who had specific similar powers. The controversy has never been fully resolved, but Congress passed a law in 1863 which authorized Presidential suspension of the writ during Civil War while requiring indictment by grand jury or release of political prisoners.

This article makes no judgment on the power of the executive, especially since legal minds far better than mine still haven’t come to agreement. But, I find it especially interesting in light of the current controversy to bring it up for discussion.

To further set minds to work, here is a quote from Lincoln that also bears discussion today: