A Twitter Troll is internet slang for a person who sows discord on the Internet by starting arguments or upsetting people, by posting inflammatory, extraneous, or off-topic messages online with the deliberate intent of provoking an emotional response or of otherwise disrupting normal on-topic discussion.

Pretty much sounds like Donald Trump the presidential candidate. The Donald, behaves just like the Twitter Trolls you have to block because attempting to engage them in a civil discussion is futile. When presented with facts that prove a Twitter Troll wrong they just reply with inflammatory responses usually in the form of an insult or name calling.

This seems to be the only way Trump campaigns. Just look at his troll-like un-presidential behavior during Saturday’s CBS South Carolina Republican Presidential debate. How many times did Trump interrupt other candidate calling them liar and spewing other insults? He seems to find it very difficult to respond in a civil manner to a statement he disagreed with, or something that pointed out an issue about which he has been inconsistent or, as Obama would evolved.

Trump continued his un-presidential Twitter Troll behavior in his press conference in Hanahan, SC. Trump went after fellow Republican candidate for president Sen.Ted Cruz, saying he is “a very unstable person” and “desperate”:

QUESTION: Mr. Trump, your comments about George W. Bush and 9/11, Ted Cruz said today that was like Michael Moore, and says that you’re more on the left.

TRUMP: Ted Cruz is desperate, look, I think Ted’s a very unstable guy…I must tell you one thing about Ted Cruz that I can say, only to a minor extent, for comparison to the other politicians, I haven’t been doing this long, I’ve been in it since June 16, but I will tell you, I have never, ever met a person that lies more than Ted Cruz. I have never ever seen anything like it.

QUESTION: You said today you think [Cruz] is “unstable.” What do you mean?

I think he’s an unstable person. I watch him, I see him. He’s a good debater but he can’t talk.

QUESTION: Too unstable to be president?

Trump gets away with this troll-like un-presidential misconduct because the main stream media doesn’t call him on it. The press just regurgitates what Trump says no matter how vile or vulgar. Consider the many times Trump threatens to sue Cruz. Why doesn’t the mainstream media ask him why he always threatens, but never sues.

One has to wonder if Trump would have ever been the front runner if he had to compete for press attention like the other candidates instead of having every outrageous thing he says simply repeated by the press because the outrageousness sells. 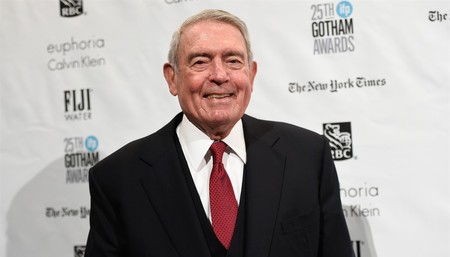 Disgraced Liar Dan Rather Takes Race-Baiting Cheap Shot at DeSantis, Gets Exactly What He Deserves in Return
Mike Miller