Mark Cuban Calls 3M "Arrogant," Accuses Them of Ghosting the American People During the Pandemic 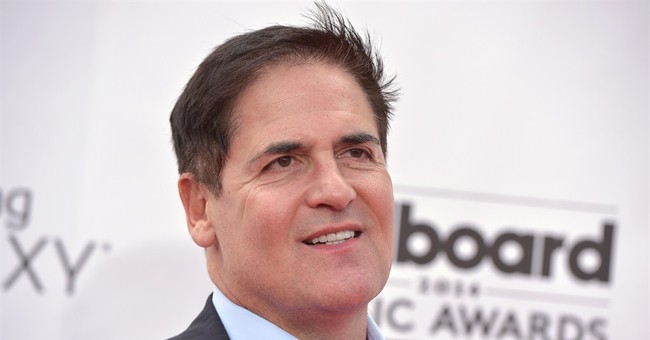 Mark Cuban arrives at the Billboard Music Awards at the MGM Grand Garden Arena on Sunday, May 18, 2014, in Las Vegas. (Photo by John Shearer/Invision/AP)

Dallas based businessman and Maverick’s owner Mark Cuban didn’t mince words when expressing his frustration with 3M for their shortchanging of the American people during the Coronavirus outbreak.

Cuban has been working with a non-profit that helped medical staff across America get the materials they needed when he discovered that 3M’s N95 masks actually cost more than they actually should due to using distributors who are taking advantage of the crisis and hiking prices. It’s an act that Cuban called “criminal.”

“3M lists all its distributors online, the ones buying and selling these things, and these distributors are making as much money as they possibly can,” said Cuban according to Bloomberg.

He later added to Fox Business host Maria Bartiromo that 3M’s failure to be transparent about the price gouging was “absurd.”

His attacks didn’t end there. Taking to LinkedIn, Cuban blasted 3M about their allocation system.

“As I have said to 3M directly, 3M should be telling us how their order allocation system works. It’s most obvious to 3M that demand is outstripping supply but 3M had gone silent when they could improve the marketplace by communicating their understanding of all the elements of the supply chain to all of us,” said Cuban.

“Mike [Roman, CEO] didn’t communicate what role distributors were playing globally, why customers had to place non-cancelable orders with no info on availability, why it took the government calling them out to do a 500k direct delivery to my and Seattle hospitals and a single 10m mask reroute to the feds, why he thought factories were popping up around the world to see product and whether they could help identify real versus fake (they know who their real competitors are) and help bring order to a calamitous market,” Cuban continued. “A real leader would have helped the healthcare workers who are terrified when they go to work understand exactly what was going on in the industry.”

What does 3M have to say about all this? According to them, they can’t cut all this out and focus specifically on America because if they did, then other countries would begin shortchanging the United States on supplies we import in return.

“There are, however, significant humanitarian implications of ceasing respirator supplies to healthcare workers in Canada and Latin America, where we are a critical supplier of respirators. In addition, ceasing all export of respirators produced in the United States would likely cause other countries to retaliate and do the same, as some have already done. If that were to occur, the net number of respirators being made available to the United States would actually decrease. That is the opposite of what we and the Administration, on behalf of the American people, both seek,” the statement said, in parts.

In late March, Ken Langone Home Depot co-founder and chair of the Board of Trustees of the NYU Langone Medical Center told Neil Cavuto that everything Cuban is saying is wrong according to BizPac Review:

“I can tell you firsthand, it’s just not true. I’m personally dealing directly with Mike Roman, the CEO of 3M, Mike DelVacchio, the head of the [company’s] health care [division], they are diverting all of their production to the health care channels, and why they are using distributors is it’s the most efficient way to get it to them,” said Langone.

“They are doing an absolutely incredible job, not a good job an incredible job,” Langone went on. “The same is true with Danaher. My God, industry is demonstrating — now, Neil there are knockoffs out there, there are masks and things of that nature that are being made and sold that 3M has nothing to do with. We track down because we need these masks badly, every time we get a call, ‘we’ve got ’em,’ we have our supply chain management follow-up on it and she says we can’t use them they’re not the same.”

“Neil, this is wrong,” Langone said. “This is scurrilous, I’m sorry.”