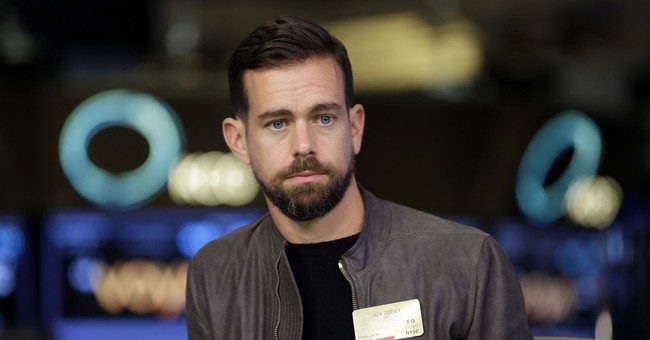 File- This photo taken Nov. 19, 2015, shows Square CEO Jack Dorsey being interviewed on the floor of the New York Stock Exchange. Facebook COO Sheryl Sandberg and Twitter CEO Dorsey won’t stand for re-election to the board of The Walt Disney Co. A Disney spokesperson says it has become “increasingly difficult for them to avoid conflicts relating to board matters.” With Disney planning to put ESPN online and Twitter live-streaming sports like NFL football, online video is surely an area of overlap. (AP Photo/Richard Drew, File)

Twitter is refusing to take down a tweet blaming the United States military for the epidemic that began with the Wuhan virus, more commonly known as the Coronavirus, in China by planting it in the middle of the city with the hopes that it would fester.

Lijian Zhao, deputy director of China’s Foreign Ministry Information Department, tweeted on Thursday with the suggestion that the U.S. military brought the virus to Wuhan.

“When did Patient Zero appear in the United States? How many people are infected? What is the name of the hospital?” he tweeted. “It may be that the US military brought the epidemic to Wuhan.”

According to the Daily Caller, Twitter told the DCNF that the tweet doesn’t violate any of the rules for conduct on the site and will not be taking it down. As the DCNF explains, this comes after the announcement of rules regarding the downranking of vitriolic tweets from politicians, including President Donald Trump:

Twitter’s decision to decline action came after the company announced in June 2019 that it will begin labeling and down ranking politicians’ most vitriolic tweets, a move that could affect how President Donald Trump promotes his message.

The label applies to all verified political candidates and officials with more than 100,000 followers, Twitter noted in a blog post. Users who want to view flagged content must click on a screen that says Twitter’s rules against abusive behavior apply to the tweet.

Blaming the epidemic of the virus in the United States when the virus clearly began in Wuhan, China, is about as vitriolic as it comes. It would appear, however, that Twitter doesn’t mind Chinese politicians making wild claims, blaming the U.S. for the epidemic it created.

Twitter spokesman Trenton Kennedy was present at the conference where Trump asked tech companies to help stomp out misinformation and conspiracy theories on Wednesday.

“With a critical mass of expert organizations, official government accounts, health professionals, and epidemiologists on Twitter, our goal is to elevate and amplify authoritative health information on our service,” said Kennedy.