Sen. Ben Sasse (R-Neb.) is not happy with the state of D.C. politics and seems to be getting tired of the two-party tango between Republicans and Democrats.

According to Sasse, this has caused him to fantasize “regularly” about leaving the Republican party and becoming an Independent.

yep — regularly consider it
(except the “from Dem” part) https://t.co/ZZCQKOPhL9

This tweet caught the attention of CNN’s Jake Tapper, who asked Sasse about this during Sunday’s State of the Union.

“I have to start – yesterday, you retweeted someone who said that they switched their party registration from ‘Democrat’ to ‘no party,’ and you replied by saying you ‘regularly consider’ switching from the Republican Party to becoming an independent as well,” asked Tapper.

Sasse responded by telling Tapper that “neither of these parties has a long-term vision for the future of the country.”

“You know, ten years from now, where are we going to be in the future of work when young people are disrupted out of jobs three times a decade? Future [of] war and cyber? The collapse of community?” continued Sasse. “There’s massive stuff happening in America and these parties are really pretty content to do 24-hour news cycles screaming at each other.”

Sasse said that both parties are now squarely focused on owning each other, and not on substantial things, which Sasse says is not “really worth getting out of bed in the morning for.”

“I think we should be talking about where the country is gonna be in ten years. So, I’ve been saying for a long time that these parties need to reform and have a future-focused vision and we’re not there yet,” he added.

Further alluding to his frustrations with both parties, Sasse told Chuck Todd on “Meet the Press”  on Sunday that he was tired of White House drama, and that the Presidential office was a “reality show, soap opera presidency,” citing the Omarosa, Cohen, and Manafort stories as proof that President Trump’s administrative period is made for TV.

True to his character, Sasse’s ideas about how politics should work shone during his opening speech from the Kavanaugh hearings, where he urged his colleagues to put their biases aside and vote for or against Kavanaugh based off his ability to have a fair temperament when he puts on the black robe of his station.

Inject this @BenSasse opening statement directly into my veins. Gosh this is amazing 🔥🔥 #KavanaughConfirmation pic.twitter.com/eLn35pefkk

From my perspective, Sasse has the right of it. We have become so focused on owning each other that we’ve reduced our principles in order to achieve wins. A win means nothing if we abandoned our beliefs in order to conquer. 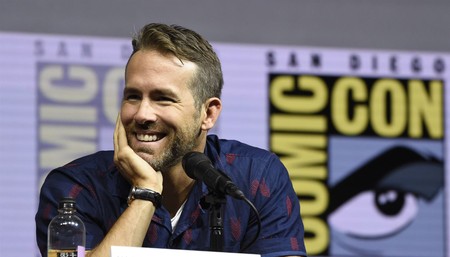