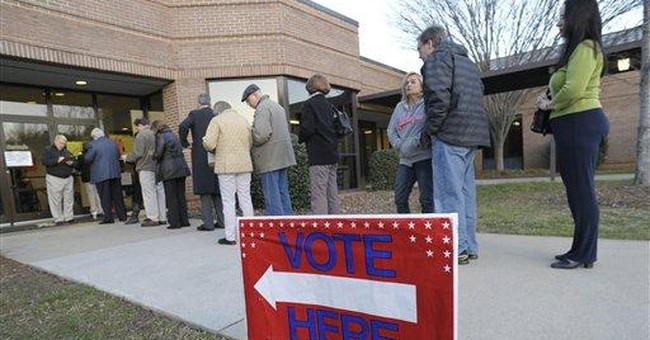 The party wants to be a solution to President Trump, but they are enacting all of their own complaints.

In hindsight, this weekend was almost as pivotal to the prospects of the Democrat party as today’s multiple primary contests. Joe Biden enjoyed an overwhelming victory in South Carolina, Pete Buttigieg then bows out of the race the next day, and Amy Klobuchar follows suit yesterday. They doing so on the eve of the biggest primary day when their campaigns may have been salvaged hints at backroom pressure from party leadership.

All of this has now arranged for a true squaring off on Super Tuesday between Bernie Sanders and Joe Biden, with all indicators being that the DNC has clearly decided they need Joe Biden to win the nomination. If there is a twinge of criticism that this could trend towards conspiracy theory just consider this: From Iowa Caucus delegate sharing, the corrupted phone app, to Bloomberg getting DNC staff on his campaign, to rules changes for Bloomberg to appear at debates, and even whispers of a brokered convention inside DNC circles, ALL of these are events working against Sanders.

The recent dropouts have backed Biden immediately before today’s vote. If there was a story that looked like questionable practice was at play and it was something that favored Sanders I missed it. It seems more than apparent the DNC is propping up Joe Biden to be the one who faces President Trump in November, and today’s results could prove this to be an even tougher assignment for the Democrats.

While Biden had the expectations to win on Saturday, the results were a curious return. No poll had Biden tracking over 38%, and leading Sanders by more than 20%. He received nearly half of all votes, winning over Sanders by a 29% margin. That some would suspect shady backroom maneuvering on the part of the national party is not surprising. Tonight’s results might need more than the DNC’s thumb on the scale to help bail them out of the perceived problem.

While Biden did enjoy an advantage with black voters Sanders has his own advantage — the Hispanic vote. In the linked piece above it shows Bernie enjoying a significantly higher amount of support from Hispanics over Biden. Today’s primaries involve California and Texas, two states with huge delegate totals to compete over, and states with significant Hispanic populations.

Currently, in California, the polling shows Sanders with a huge advantage, mostly in double-digits, over Biden. In Texas that spreads in narrower, +5% to +17% in various polls, but still a significant enough advantage. Tonight’s final results could set the stage for the expected solution for the DNC should Sanders go into Milwaukee with a lead in the delegates — a brokered convention. If Bernie leads in delegates but fails to secure enough to lock in the nomination then the party can step in. While the DNC instituted rules changes after the 2016 election which tamped down the influence of superdelegates, those would come into significant play should a second convention vote be called. This could lead to all manner of drama and upheaval.

The interesting aspect should this play out is the Democrats would be on full display contradicting their entire sales pitch. Take a look at all of the reasons they cite for the need to remove President Trump. They call him divisive, improperly elected, one who creates chaos, and even going so far to question his mental faculties.

Their solution, however, will be to divide their party if they opt for a brokered solution. If Biden becomes installed with fewer delegates does that not mean, by their rationale, he was improperly selected? They criticize President Trump as being aggressive and angry, so their solution would be to install the man who routinely has picked fights with voters on the campaign trail. And as far as their claims of needing to invoke the 25th Amendment to address President Trump’s supposed mental failings they offer us Biden, who has a list of daily malaprops while forgetting what state he is in routinely and declaring he is running for the Senate.

But overall what we are talking about is generating chaos within the Democratic Party in order to get what the DNC leadership determines is their best chance at defeating Trump. Think of the message being delivered when they claim Trump is too chaotic to remain President, so they create blatant chaos to achieve that goal.

This could possibly be tolerated by enough voters within the party, but think of the independents. Those people on the fence may have a curious reaction when the Dems declare they need to bring peace and tranquility to the White House, and then proceed to have a brawl break out as they set their own tent on fire. Tonight could very well usher in the beginning of a very flammable formula for the Democrats.