The RedState Box Office Report - Seeing Through the Profits 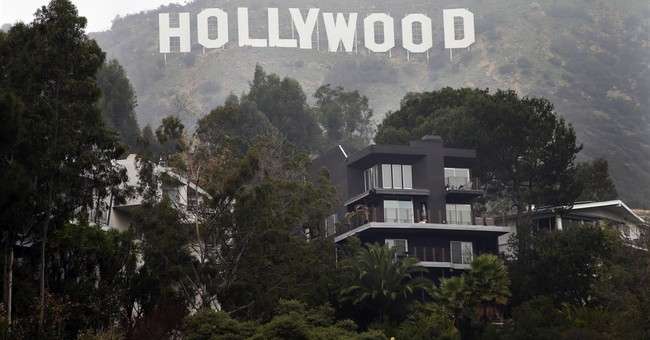 A surprise was spotted on screens.

Things are going to take an interesting turn in the studio system as a title from a deposed franchise has had a surprising debut. Decisions may need to be made going forward. Otherwise in an unremarkable weekend in a typically soft month, there was some robust business in theaters. Either fans were eager to get out of the cold and hunker in a warm theater, or the XFL games were just not compelling enough to keep them home.

1.  THE INVISIBLE MAN – $29.0 Million
Chalk up yet another win for producer Jason Blum. The man renown for turning a profit on discount-budgeted projects has hit success again. Beating projections by a few million this remake of the classic from the monster vaults at Universal pictures could have executives at the studio rethinking their strategy with their deposed project of a ‘’Dark Universe’’. Initially, the studio planned to build an ongoing franchise with all of the various horror monsters in the studio vaults, but following the failure on the big-budgeted Tom Cruise attempt at ‘’The Mummy’’ Universal pulled the plug on the project. Betting that a strategy is at least being outlined to see if Blum could rejuvenate the plan in his coupon-cutting process.

2.  SONIC THE HEDGEHOG – $16.1m
Continuing its strong run (see what I did there?) It has become a legitimate hit. At the same stage of release this has a bigger box office than last year’s ‘’Detective Pikachu’’.

3.  THE CALL OF THE WILD – $13.2m
Following a just-okay opening Harrison Ford’s role in the classic novel adaptation held respectably, with only a -47% drop in week two. Still will need some more time to run free before even seeing profitability.

4.  MY HERO ACADEMIA: HEROES RISING – $5.109m
The anime franchise ‘’Heroes Academy’’ has its devoted fanbase, evidenced by this surprising turn. Showing on just over 1,200 screens it sports the second-highest screen average on the list. Funimation Studio has a steady record with these properties.

5.  BAD BOYS FOR LIFE – $4.3m
It is only gradually shaking off a few hundred theaters each week, lasting well for Sony. It just crossed over the $400 million global total, and within days will have made it to $200 million domestically.

6.  BIRDS OF PREY AND THE FANTABULOUS EMANCIPATION OF HARLEY QUINN – $4.1m
Sporting yet another title for this misfire, Warners has blatantly struggled with this effort. It has managed to earn over $100 million in the international market, but domestically it has not even crossed the $80 million mark yet.

7.  IMPRACTICAL JOKERS: THE MOVIE – $3.545m
The hit show from Tru-TV has the four friends branching out on the pranks to cinemas. Opening on a slight release of 1,900 screens it at least met expectations.

8. 1917 – $2.67m
Working on the last fumes from the post-Oscars high. It may have lasted longer if it took the expected major awards.

10. FANTASY ISLAND – $2.33m
The laughably bad horror-fusion will somehow make it to $25 million, which strikes as a bit of a surprise.