The Pentagon held another presser this morning and, as has become a trend, Fox News’ Jennifer Griffin managed to solicit the most useful information.

Following yesterday’s tragic suicide bombing that took the lives of 13 American soldiers and untold numbers of Afghans, the question became how ISIS (who has taken responsibility) managed to infiltrate the area and with what resources. Unfortunately, the answers from the administration are not going to bring comfort to anyone involved.

Under scrutiny from Griffin, the damning admission was made that the U.S. left “thousands” of ISIS-K fighters at Bagram Air Base when we inexplicably abandoned it.

.@JenGriffinFNC: "How many ISIS-K prisoners were left at Bagram and believed to have been released from the prison there & why weren't they removed before the U.S. pulled out to some place like Gitmo?"

Kirby: "Well, I don't know the exact number. Clearly, it's in the thousands" pic.twitter.com/yUdIz0l32H

If anyone was wondering how reportedly hundreds of ISIS-K fighters made it to Kabul, including those that facilitated the deadly bombings, now we know. Bagram is less than 30 miles from Kabul, and while we are continually told the Taliban and ISIS are sworn enemies, the Taliban let out all of these terrorists without a second thought. Now, the consequences of that have been realized.

How does something like this even happen? Why were they not transferred out of the country when it became clear the Taliban were making gains? While it might have made sense to leave the Afghan government in charge of Taliban prisoners, why would the United States leave thousands of terrorists hellbent on attacking Americans in such a tenuous situation?

Griffin also asked about the information-sharing arrangement between the Taliban and the United States that led to the names of American citizens being handed over. Astonishingly, the Pentagon contradicted itself, claiming that information sharing wasn’t happening.

.@JenGriffin also follows up on the question @PhilipWegmann asked President Biden about the @Politico report saying the U.S. had given names of U.S. citizens & Afghan allies to the Taliban.

Taylor denies it, saying "I don't think there is sharing information as you would say…" pic.twitter.com/6uIb0GbjUL

Just yesterday, in that same Pentagon briefing room, Gen. Kenneth McKenzie of U.S. Central Command stated that we were sharing intelligence with the Taliban. He even went so far as to claim the Taliban had thwarted attacks. Yet, less than 24 hours later, another general is saying we aren’t sharing information.

So not only did the Pentagon admit that they left dangerous terrorists behind who have now organized and attacked us, but they also can’t even get their story straight on what our relationship with the Taliban is. This administration continues to be the most incoherent in history. We are run by a buffoon, but the rot goes much deep than that. These bureaucracies are failing America and accountability is nowhere to be found. 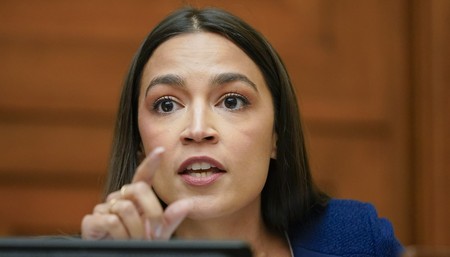