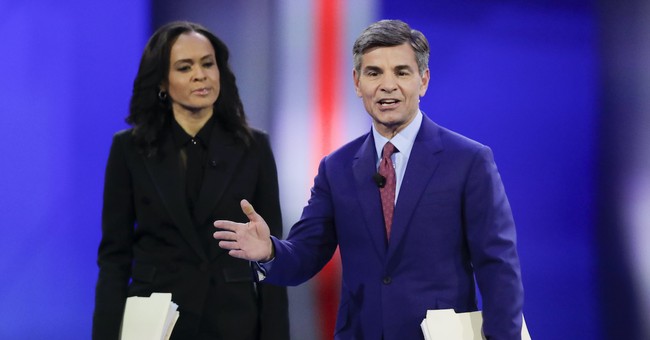 If you are a blue-collar worker who just wants to go to the beach right now and stay 20 feet apart from the next closest non-family member, the New York media will savage you as an evil psychopath that wants to kill old people. But if you are a former Clinton crony and ABC “journalist” who’s positive with the Wuhan virus, you can take walks in public without the slightest amount of push-back. Weird, right?

George Stephanopoulos was photographed yesterday outside his home despite still being symptomatic and contagious with COVID-19.

I guess quarantines are only for the little people: George Stephanopoulos Walking in the Hamptons After COVID-19 Diagnosis https://t.co/i7udCFd9x2 via @TMZ

That’s not his yard, that’s a public street he’s walking down, though even that would be bad enough given how his colleagues have gone after anyone daring to leave their houses at this point.

Indefensible. Perfectly healthy people are sacrificing their jobs and life savings to try to protect the public while we now have multiple examples of wealthy media anchors actually diagnosed with COVID-19 refusing to self-quarantine. https://t.co/zQ32ov0nfn

I’m trying to find any example of a fellow journalist calling Stephanopoulos out for this, but I’m coming up empty.

But just in case you needed a heavier dose of his hypocrisy, it gets much worse.

What makes it even worse is him wagging his finger at protestors. https://t.co/3cAGcITwx6

It’s almost like there are two Americas were wealthy, media-connected elites do whatever they want while lecturing normal Americans for wanting basic freedoms to be restored.

Stephanopoulos interviewed Facebook CEO Mark Zuckerberg the very same day he was pictured exposing others to the virus. In that interview, he urged the censorship of those organizing protests against draconian lockdowns in certain states. The hypocrisy is pretty stunning, but not at all surprising.

You want to know why Trump won and no one likes the media? This is why. They will never recognize how badly their own stuff stinks, but everyone else saw it years ago.