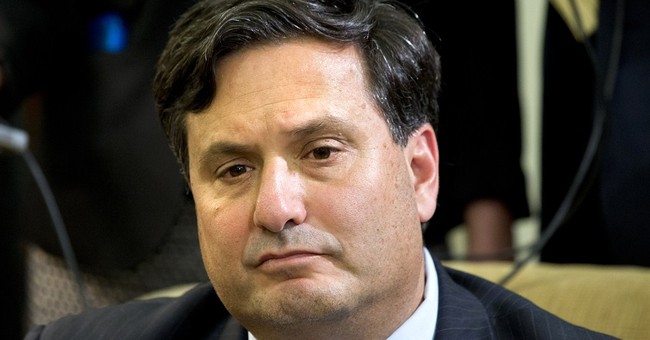 FILE – In this Oct. 22, 2014 file photo, Ebola coordinator Ron Klain listens as President Barack Obama speaks to the media about the government’s Ebola response, in the Oval Office of the White House in Washington. President Barack Obama’s commander in the fight against Ebola was expected to operate below the public radar. But did that mean invisible? Ron Klain has barely been seen, and a week before midterm elections, Obama is struggling to dispel criticism that the government can’t manage the Ebola crisis. (AP Photo/Jacquelyn Martin, File)

One of the dumber trends in the entire Wuhan virus situation is certain media members and Democrats pretending they knew what would happen all along. This is how you end up with hypocritical, revisionist nonsense like we saw from The Washington Post last week regarding the original response to the current pandemic (see The Washington Post and Joe Biden Team Up to Try to Rewrite History).

Joe Biden has decided to get in on the act further by sending his advisor out to spin fairy tales while sniping at Trump’s response to the crisis. Ronald Klain, who you might also recognize from Biden’s cringey shadow briefings,” made this statement today.

If you are not at your job today, it is because Donald Trump did not do his job (to fight #coronavirus) in January and February.https://t.co/ZvOU3bFcL2

Klain probably should have just sat this one out because the internet never forgets. Almost immediately after he took that swipe at the President’s handling of the Wuhan virus, people started to dig up his own old comments on the matter.

While @RonaldKlain was telling people to relax, by Feb. 12th Trump had:

Elliot keeps going in his thread, so be sure to check it out. The main takeaway is simple. Klain has been preaching nonsense throughout this pandemic, including chasticing the very early actions Trump took. He has no idea what he’s talking about and his work dealing with Ebola has essentially no carryover the situation we currently face. Yet, this is the guy Biden has tapped as his resident “expert” on all things disease related. Well, if he’s an expert, he’s a really, really terrible one who gives awful guidance to people.

As recently as a month ago, Klain was telling people to go to Chinatown and eat in restaurants because of racism or something.

.@RonaldKlain is @JoeBiden’s advisor, today he is blaming Trump for #COVID2019, but just a month ago, he told people to go to Chinatown to fight bigotry and racism. pic.twitter.com/0u82uwat8Z

Trump did act early against this outbreak, even if his rhetoric didn’t always track with that at first. It was completely understandable that he didn’t want to cause a panic at the time, and that should not be held against him because actions were happening that needed to happen.

Meanwhile, backseat drivers like Klain were dead wrong throughout this pandemic. They don’t get to now walk in and pretend they knew everything all along. They didn’t and their public statements make that clear. People like Klain were more worried about supposed “xenophobia” than saving lives.