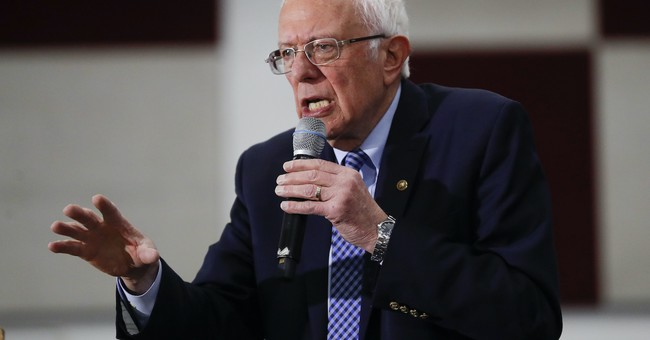 It’s all over but the crying, and there will be plenty of crying.

Bernie Sanders currently sits only slightly behind Joe Biden in delegates going into today’s Democratic primary contests. But the outlook isn’t bright. He’s dropped precipitously in national polling and is way behind in Michigan, a state he was thought to compete in.

But the latest poll to be released out of Washington essentially spells the end of Bernie’s campaign.

Why is this such a big deal? Because Washington is supposed to be big Bernie territory. If he loses there, there is simply no path back to prominence for him. It’s over. To see him actually down to Biden there is shocking and shows just how far his campaign has fallen.

We’ll know soon enough if this all plays out. Washington’s votes will be counted late this evening (at least late for most of the country) and it’ll essentially decide the primary.

How Bernie has been treated throughout this primary won’t be lost on his supporters. The DNC and establishment figures, along with the media, all turned against him overnight after Biden won a huge victory in South Carolina. I’m not saying they “cheated,” but there’s no doubt there was massive coordination that went on to deny Bernie the nomination.

How his voters react will be a big story going into November. Will they shrug and fall in line? Or will they hold this against the Democratic Party? If I were them, it’d be pretty tough for me to turn around and support Biden after the machinations that went on.

We’ll keep you updated on tonight’s election results as they come in.