Dem Rep. Jackie Speier Makes One of the Most Ghoulish Statements I've Ever Heard On Abortion 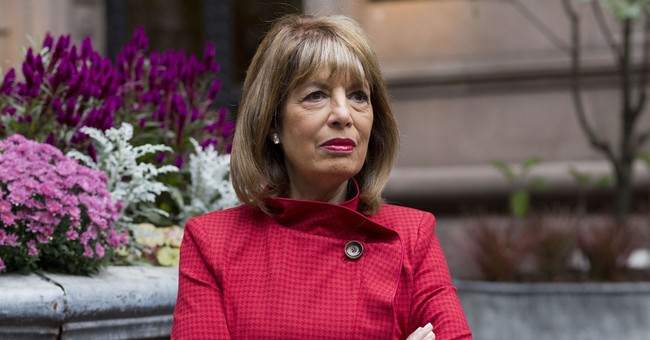 In this Monday, Oct. 15, 2018 photo, Congresswoman Jackie Speier (D-CA) poses for a portrait in New York. Soon after the #MeToo movement began a year ago Speier spoke out. “I wanted women in Congress to know they can come and talk to me and they would be safe and I would have their backs,” she said. (AP Photo/Mark Lennihan)

The levels to which to the pro-abortion movement will go to try to justify what they support continues to amaze me. If you had comparing the ripping apart of a baby in the womb to having your wisdom teeth pulled, mark your bingo card now.

That’s exactly what Democrat Rep. Jackie Speier, who you may recognize from her impeachment antics, decided to do while commenting on the current Supreme Court battles.

This is a level of ghoulishness that’s hard to fathom. The fact that she goes even further and claims abortion is “safer” is just mind-blowing. We are talking about a procedure that objectively ends a scientifically defined human life. That seems to be a bit relevant in judging how safe something is.

So what exactly has Democrats and Rep. Speier so fired up that they’ll try to hand wave away an abortion as like teeth removal? Louisiana wants to hold abortion clinics to the same medical standards as all other clinics in the state. That’s it. But Speier is such a ghoul, and so beholden to the abortion lobby, that she doesn’t even want women to have basic medical protections if it means abortion providers may have to actually spend some of their ill-gotten profits on maintaining valuable health standards. The argument is pure insanity.

Meanwhile, these same people will lecture us on protecting the planet and not drinking milk while stumping for the butchering of babies, unwilling to even put protections in place for those born alive after failed abortions.

But remember, these are our moral betters that you must vote for in 2020 in order to rid the country of the scourge of mean tweets.