Remember during the Obama years, when stagnation followed by crawling 1% growth was abundant? Certain job sectors were written off entirely, with the President himself once famously proclaiming those jobs weren’t magically coming back.

Now, think back to how the media handled those realities. Remember when outlets like The New York Times fairly covered Obama’s economy, critiquing his policies and lack of success while…lol…just kidding, they simply claimed it was the “new normal” and perfectly acceptable.

Apparently, Trump’s overwhelming economic success has caused at least a few Times’ writers to rethink that assertion though.

Still, there is a bigger lesson contained in the data, one that is important beyond any one month’s tally of the job numbers: that the American economy is capable of cranking at a higher level than conventional wisdom held as recently as a few years ago. As the economy continues to grow well above what once seemed like its potential, without inflation or other clear signs of overheating, it’s clearer that the old view of its potential was an extremely costly mistake.

The mainstream view of the economics profession — held by leaders of the Federal Reserve, the Congressional Budget Office, private forecasters and many in academia — was that the United States economy was at, or close to, full employment.

In January 2017, for example, nearly three years ago, the Congressional Budget Office forecast a 4.7 percent unemployment rate as far as the eye could see, and it projected that the United States labor force would consist of 163.3 million in 2019. The jobless rate has averaged less than 3.7 percent through the first 11 months of the year, and the labor force now stands at 164.4 million people.

You know who knew all of this back when Obama was President? Everyone who wasn’t strutting around Washington, D.C. with the title “expert” by their name. The idea that anemic growth was simply all that was possible in the modern era never made any sense, especially considering the advantage the U.S. economy held over it’s international counterparts. What was called “full employment” under Obama was also clearly not. Since he’s left office, job growth has managed to still thrive, even as the room for improvement has narrowed (Trump didn’t have 10% unemployment rates to make up a lot of ground over time).

Then there’s the big one, which Democrats keep lying about when they claim people are working two and three jobs to make ends meet. Wage growth has increased, with the latest numbers seeing a 3.1% increase year over year. Those are figures we were once told couldn’t happen consistently. Further, the average work week has slightly decreased, which means people are not working extra hours via two jobs but are actually working less time for more money than in previous years.

But let’s be honest. These weren’t honest mistakes by the media and “experts.” They were partisan ones. A Republican in Obama’s position would have never been given the benefit of the doubt, nor would they have had economic standards bent to proclaim massive success where only an average recovery existed.

No doubt, the next time a Democrat takes office, the standards will shift again, and we’ll once again be in the age of the “new normal.” The playbook never changes. 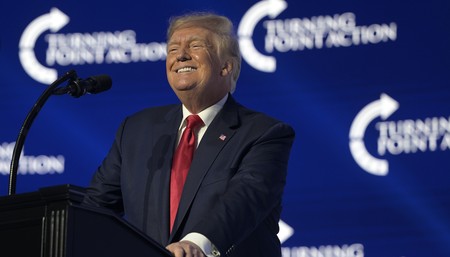