The Media's Week of Lies Reinforces Every Criticism They Receive

There have been several banner weeks of media dishonesty under President Trump but I can confidently say that nothing compares to what we’ve seen in the last seven days.

We are well past the point of writing off the hysterical lies being posited as simply mistakes. They are clearly not mistakes. They are deliberate and given that, it’s time to start asking what exactly it means for our predisposition towards many of these outlets.

Before we get there though, let’s start with what’s transpired in mainstream reporting this week.

It began with the opening of the US Embassy in Jerusalem. Despite this move being mandated by US law as far back as 1995 and despite the fact that Israel gets to choose it’s own capital,  this was of course spun as the worst thing since Trump took two scoops instead of one at the White House.

Cable news stations paraded “expert” after expert to tell us exactly how bad this move was, because when needing advice on good foreign policy, running to Obama administration failures like John Brennan, Ben Rhodes, and James Clapper makes perfect sense to CNN.

In response to the embassy move, terror organization Hamas stoked riots in the Gaza strip. In these riots they used human shields, women and children alike, to protect terrorists who were trying to breach the border and kill Israeli’s. In a show of amazing restraint, Israel managed to only kill 62 people and of those, 50 were Hamas members.

Was Hamas hiding this motive and claiming they were only peacefully protesting? No, they weren’t.

Senior Hamas Official Mahmoud Al-Zahhar on Gaza Protests: This Is Not Peaceful Resistance, It Is Supported by Our Weapons pic.twitter.com/aut0Q7SPD9

Think about this. Not even Hamas and it’s members are willing to lie so brazenly as to describe these riots as peaceful, unarmed protests.

Another day of protests is expected at the Gaza border Tuesday as international condemnation poured in over Israel's use of force against unarmed Palestinian protesters this week https://t.co/cZBkxx86HK

MSNBC reporter Matt Bradley falsey claims Palestinian rioters in the Gaza Strip were "unarmed," then admits they "had some light weapons." pic.twitter.com/V3o3chQwnL

Is it the official position of the Israeli and US governments that lethal force is justified for unarmed protesters who approach a border fence with intent to climb it?

Aside from the outright lies about the rioters being unarmed, the media also chose to run headline after headline asserting that Israel was indiscriminately killing “protestors” and juxtaposing their celebrations with pictures of the violence going on in the Gaza riots.

In truth, Israel was protecting against an invasion attempt, complete with grenades, AKs, molotov cocktails, and “terror kites.” To the media though, it’s somehow Ivanka Trump’s fault that Hamas is a violent terrorist organization that sacrifices it’s people to garner friendly coverage.

The disconnect from reality here is stunning. To see our press so deliberately mislead and lie in order to propagate Hamas propaganda, which even Hamas is willing to admit isn’t true, is disturbing.

That leads us to the second incident this week of the media showing exactly how awful they are.

President Trump held a roundtable on sanctuary city policies with local officials and law enforcement at the White House.

At one point, a Sheriff asked Trump about MS-13 and being able to turn them over to ICE, expressing frustration at the process. In response, Trump described MS-13 members as “animals.”

The context was never in doubt (full transcript is at the above link). A fifth grader would of had no problem understanding exactly who the President was talking about when he said animals.

After days of lying about Israel and Hamas, would the media back off a little and make sure they got this story right?

Trump lashed out at undocumented immigrants during a White House meeting, calling those trying to breach the country’s borders “animals” https://t.co/aQNeu29T6e pic.twitter.com/ogrFKaWyDZ

Who said this, Hitler or Trump? "These aren't people. These are animals." https://t.co/VJwrbYdKne

A tough take down by the California governor after @realDonaldTrump calls people trying to get into the country "animals" not people. https://t.co/LPKiHPJaWZ

I’ll forgo posting all of them, but tweets from C-Span, The Hill, CNN, and The Washington Post also pushed this objectively untrue narrative.

“Conservative” WaPo writer Jennifer Rubin, who would defend Al Qaeda if it meant she could slap at Trump, had to chime in as well.

this is disgusting. and his evanglical sycophants will applaud his utter dehumanization of men, women and children https://t.co/qYbl6avzL1

These hot takes aren’t just lacking context. They are outright falsehoods about what was said.

You’d think after the first 24 hours, most in the media would recognize they’ve stepped in it and would at least just stop talking about it in lieu of admitting fault. You’d be wrong. Many doubled down by actually defending the humanity of MS-13, the most violent, inhuman street gang in the world.

I don’t accept the excuses being given for Trump’s “animals” remark. Even if he had been referring specifically to MS-13 gang members, they are human beings, too. This @hannahdreier reporting illustrates that. This is about racism, not the danger of gangs. https://t.co/udWTRptjX8

You read those right. We moved right past the “Trump called poor immigrants animals!” false takes to “well, MS-13 are humans too!”

If this were written by The Onion, what would they of written differently? Perhaps even more parodical is that both Smith and Harwood have previously described people as animals in past tweets.

CNN’s Ann Navarro also fell into this trap in her rush to bash Trump.

I present to you, @AnaNavarro… pic.twitter.com/dTIpwZR0lD

At the beginning of this article I asserted that we need to examine our predisposition toward the mainstream media given their behavior. I’ll do that by making a controversial statement.

These organizations no longer deserve the consistent benefit of the doubt given to them about their importance to our society.

I can hear the gasps of inhaled air from here but before you assume my point, hear it out.

Am I saying that the government should shut these institutions down or that the 1st Amendment isn’t important? Nope. CNN, MSNBC, NYTs, WaPo, et al should be able to say and report whatever they want without government interference.

Nothing I’m saying should be construed as being hostile to freedom of the press. Entertain this thought though.

Freedom of the press is not synonymous with CNN. The 1st Amendment is not formally ensconced as The Washington Post. These institutions can and should always be allowed to operate under the protections of the 1st Amendment, but the existence of certain specific outlets is not a cornerstone of freedom in this country.

No, it’s simply that conservatives owe no loyalty to these people nor do we need to assert they are inherently more valuable than other outlets.

I no longer care if the NYTs exists or not. I do not think the Republic’s fate hangs in the balance on CNN’s ability to put out biased, garbage cable programming. If MSNBC stopped airing tomorrow, someone would take their place. Freedom of the press would live on.

In fact, I’d posit that the investigative reporting from right leaning sites like Daily Caller has been far more valuable lately than the toxic, one note nonsense constantly being put out by many traditional news divisions. While cable news networks are interviewing Michael Avenatti for the 157th time in ten weeks, there’s real journalism going on out there uncovering things that truly matter.

Too often, that reporting remains in the background while legacy outlets pretend they are the gatekeepers of  “real” news. As conservatives, it’s time to stop letting them hold that role. We no longer need to preface criticisms of mainstream outlets by asserting they still hold higher value than our own institutions. They don’t.

Why should CNN’s reporter have anymore of a right to a front seat and a question at a press briefing than any other reporter? Why should I care at this point if someone calls MSNBC “fake news?” What have any of these outlets done to deserve my defense except lie, mislead, and spit in the faces of half the population?

I understand the wants of many conservatives to uphold normalcy. What’s happened over the last two years of consistent false stories, bias, and activism from our legacy media is not normal. It’s dangerous, divisive, and wrong. It’s time to start holding them accountable. The first step in that is no longer assigning them the perch they claim to sit on.

Is Kyrsten Sinema Running for President in 2024?
Jerry Wilson 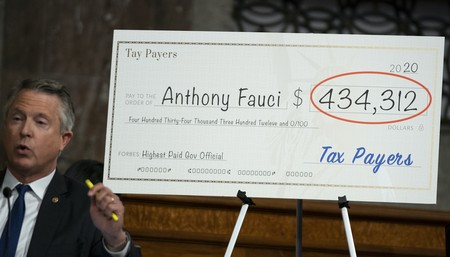 Biological Male UPenn Swimmer 'Compares Herself to Jackie Robinson,' 'Mocks' Competing on Women's Team
Townhall
NY Mag's Jonathan Chait has found a Republican worse than Trump (just guess)
Twitchy
Glenn Youngkin and Company Start Things off by Going Scorched Earth in Virginia
Redstate
Help! I May Need Therapy For What the 'Sex And The City' Reboot Is Doing to Me
PJ Media