Are People Doing Something as Stupid as Throwing 'Corona Parties'? Yes. Yes They Are 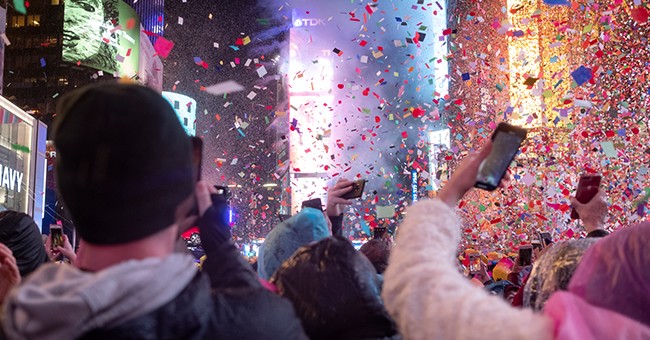 On Sunday, as you may know, the President extended social distancing guidelines ’til April 30th.

One way to push it to, say, July 30th? Everybody get together in crowds like idiots.

We’re on our way, according to HuffPost.

As per a Sunday write-up, people are throwing “coronavirus parties.”

Hence, cops are shutting down the contagious congregating.

Amid nationwide efforts to slow the spread of the coronavirus, police have been busy breaking up parties and even arresting some people who refuse to comply with social distancing rules, including one man who police say defiantly threw two parties in a week.

It’s so bad, the governor of New Jersey had to tweet about the transmissive travesties.

“Can’t believe I have to say this at all, let alone for the second time. But here we are,” he wrote Saturday.

It was a blunt edict:

“We will crash your party. You will pay a big fine. And we will name & shame you until EVERYONE gets this message into their heads.”

Can’t believe I have to say this at all, let alone for the second time. But here we are.

We will crash your party. You will pay a big fine. And we will name & shame you until EVERYONE gets this message into their heads.

Phil’s post came after an incident Friday, in which cops broke up a potentially respiration-wrecking reception attended by 47 people. That blockhead blowout — held inside a 550-square-foot apartment in Ewing Township — even featured a DJ.

Great idea. Put on some Bee Gees. Everybody dance to the days of discovid-19.

The tenant, 47-year-old Wade Jackson, was arrested for obstructing administration of law or other governmental function and a violation of emergency and temporary acts, police said.

That same night, police in Charles County, Maryland, said they arrested 41-year-old Shawn Myers after he allegedly hosted roughly 60 people at his home. It was the second incident at his home in four days.

During the first incident, on March 22, police said they let Myers off with a warning after he agreed to “disperse the crowd.” On Friday, Myers allegedly refused multiple requests to comply with officers’ demands and was charged with violating the governor’s emergency order.

And it isn’t just Maryland and New Jersey:

Similar public defiances have been reported in Detroit and Hawaii, where police have reportedly issued 70 citations and made two arrests for alleged stay-at-home order violations.

Well, there ya go.

So while you’re keeping your distance and trying to be responsible, just know that somewhere there’s a group of people bobbing for apples.

Such is the world.

But hey — it could be worse. They could be doing this:

Not a Lick of Sense: Social Media ‘Influencer’ Who Tongued a Toilet Seat Now Claims to Have Caught the Virus

The Dummy Olympics: Two Men Are Awarded Terrorist Charges for Licking Items in Walmart and Coughing on a Store Employee

Semper Fi: An 87-Year-Old Credits His Military Training for Helping Him Survive the Wuhan Coronavirus

Thank You: Amid the Pandemic, Nurses on the Front Lines Give up Their Homes and Families so That We May Be Saved