Not a Lick of Sense: Social Media 'Influencer' Who Tongued a Toilet Seat Now Claims to Have Caught the Virus 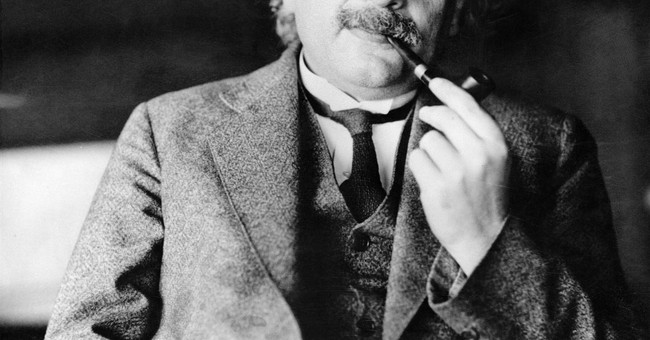 If you’ve missed the Coronavirus Challenge, now’s your opportunity to get on board.

Sure — a lot of places are closed right now, and that includes public restrooms. But if you can find a mass-use toilet bowl and slather your tongue all over it, you too can become part of history.

As reported by The Sun, earlier this month, one such brave soul was “Larz,” who videoed himself hitting the head only to act as if he’d hit his head: The dude licked that seat good.

In fact, the 21-year-old tongued it twice. Or was it three times?

If you were wondering what hands are cupping our future, here they are:

But wait, there’s more — Larz has since posted a new video, with a whole different kind of crappiness: The Beverly Hills resident now says he’s got COVID-19.

From The Daily Mail:

Larz…who was also part of a craze which saw youngsters licking tubs of ice cream in supermarkets, revealed in a since-deleted tweet: “I tested positive for Coronavirus.”

The post which includes a video of him languishing in a hospital bed is a far cry from the foul video he posted five days ago of him licking a public toilet seat, which was captioned: “RT (retweet) to spread awareness for the Coronavirus.”

An influencer called Larz who licked a toilet seat to mock #Coronavirus, posted footage from a hospital saying that he has tested positive for the disease. https://t.co/JpcVQdKdpv

As noted by the Mail, Larz previously appeared on Dr. Phil “with another influencer, Bameron Kall, 20, where they discussed how they had licked tubs of ice cream and spat mouthwash back into the bottle in viral videos.”

About his claim to have contracted the Wuhan flu, Twitter had thoughts:

Larz, a 21-year-old TikTok influencer from California, who licked a toilet bowl is now supposedly in the hospital with the coronavirus.

. . . In case you are wondering, "Influencer" is in the dictionary just after "Idiot" but just before "Jackass." pic.twitter.com/Zx4wWVvoCK

His twitter account was @GayShawnMendez but it seems to be gone now. He was also making videos last year of licking the ice cream and putting it back in the freezer at the grocery store.

WASTED HOSPITAL BED.
KICK HIM TO THE CURB AND LET HIM
LICK IT.#HUMAN WASTE OF LIFE

There is a God after all. #Larz, aka “#GayShawnMendez” has fallen victim to #Darwinism. #HopesAndPrayers for a successful #LessonLearned

Breaking news!!
Larz gave the toilet Coronavirus
The toilet is expected to make a full recovery, Larzs career however was DOA https://t.co/lpFCKdioDS

Other comments weren’t fit for print.

One person especially not impressed by Larz is British media personality Piers Morgan.

As relayed by The Sun, Piers thinks the “influencer” should be tossed into the Clink:

Morgan also questioned why this “moron” is being treated.

“He should be in jail, not taking up a vital hospital bed,” the commentator tweeted.

The co-host of Good Morning Britain believes the culprit should face criminal charges.

Of course, the whole thing could be a publicity stunt — which, perhaps, might be dumber than licking a toilet bowl.

It’s a strange time, and people are doing some interesting things to pass the seconds.

Combinations on this lad 🤣🤣🤣 pic.twitter.com/0W10WIqIw4

But not all battles against boredom are created equal. Unsolicited advice: If you wanna go out in the yard to hit a few balls, enlist someone other than your elderly mother as pitcher:

I think she blocked it with her hands, but how about some grounders, fella.

Stayed tuned for more of the bizarre…I’m sure we haven’t seen the last of it.