Iran: Trump Would Not Allow History to Repeat Itself

Announcing the United States’ withdrawal from the Iran nuclear deal, President Donald Trump described the agreement with Iran as “the worst” agreement ever negotiated. A short trip through history reveals that it may not be “the worst,” but certainly is not the first of this nature. “History repeats itself, first as tragedy, second as farce,” famously said Karl Marx. He proved to be wrong. History keeps repeating itself as tragedy after tragedy because we stubbornly refuse to learn from it.

British Prime Minister Benjamin Disraeli returned from Berlin in 1878 stating, “I have returned from Germany with peace for our time.” That peace ended with World War I. Sixty years later, another British statesman Neville Chamberlain proclaimed “peace for our time” after signing an agreement with Hitler in Munich in 1938. The agreement was praised and celebrated in Europe and across the Atlantic. In a letter to Canadian Prime Minister Mackenzie King, President Franklin Roosevelt wrote, “I can assure you that we in the United States rejoice with you and the world at large, that the outbreak of war was averted.” The New York Daily News declared, “Hitler has made a significant gesture toward peace.” That “significant gesture toward peace” ended up with World War II and fifty million dead, including six million Jews.

Echoing the herd of delusional optimists, President Barack Obama proclaimed after signing the Geneva Agreement with Iran that the U.S. and allied diplomacy “opened up a new path toward a world that is more secure.” The documents recently released by Israeli Prime Minister Benjamin Netanyahu have proven the president’s political blindness and lack of historical perspective.
The Geneva Agreement had all the underpinnings of the Munich Agreement. The comparison is apt. Just as Munich gave Hitler more time to build up his Panzers, the Geneva Agreement gave the mullahs ten years to build the bomb.

Just as in 1930s the world failed to stop Hitler, while the viper was still in its crib, and tolerated Germany’s violations of the Treaties of Versailles to allow her to rearm, the world de facto allowed Iran to ignore United Nations Security Council resolutions and continue the development of a nuclear weapon. Just as Britain sold Czechoslovakia out in 1938 to appease Hitler, the United States sold Israel out in 2013 to appease Iran. Fortunately, there were two subtle differences; Israel did not surrender the way Czechoslovakia did, and America elected Donald Trump.
Trump, guided by historical precedents and political prudence, would not allow history to repeat itself. He declared: “The Iran deal is defective at its core. If we do nothing, we know exactly what will happen.”

Although, no one has any doubts about Iranian aspirations, most Democrats fell prey to the illusion that no decision needs to be made. Their leader in the Senate, Chuck Schumer, unembarrassed by the reversal of his previous position that he was against the deal before Donald Trump abandoned it, sharply criticized the President for canceling the agreement.
The President also became the target for relentless and continuous attacks by the press and the criticism of the Western allies.
Western democracies that failed to prevent two world wars suffer historical amnesia and appear to be unconcerned with the replay of Munich. Feeling safe under the American military umbrella, the leaders of the UK, France, and Germany have been imploring Trump to salvage the accord with Iran. Just as in the 1930s, the slippery slope of greed and appeasement is driving Europe toward more disasters. Paraphrasing Lenin, they are vying with each other for the rope contract.

Against this backdrop, President Trump is facing a daunting task. Strategically, the facts are self-explanatory. Given the recent revelations of Iran developing nuclear weapons despite its pledge not to, Iran continues to emerge as a potential threat to the USA and its allies, and indeed to the future of the Middle East.
There is also a legacy play. Significant events of history are always associated with human beings, but sometimes in peculiar ways. History has already forgotten ill decisions made by Bill Clinton and George W. Bush and forgiven Obama’s fraudulent idealism.

Ironically, posterity would never forgive Donald Trump if he allowed Iran to threaten the U.S. and its allies with the nuclear annihilation. From the perspective of his place in history; Iran producing a nuclear bomb on his watch would be catastrophic. Hence, verbal assurances would not suffice.
Therefore, the only question for the President is whether a diplomatic solution can be found or if military measures would be necessary. In the end, one way or another, Trump must prevent Iran from getting nuclear weapon.

===========
Alex Markovsky is a senior fellow at the London Center for Policy Research and author of Anatomy of a Bolshevik and Liberal Bolshevism: America Did Not Defeat Communism, She Adopted It. 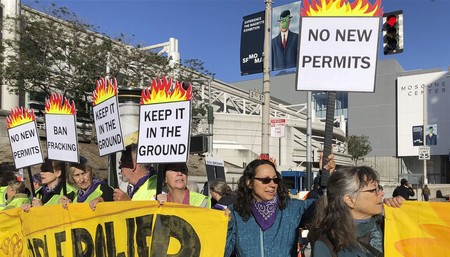