U.S. Marine Killed in Combat by ISIS Attack on U.S. Forces in Iraq

The election is important and, in fact, will affect the fate of many thousands of United States Marines. But we must take a moment away from the voting and the delegates and the freak show to spare a moment of sorrow for a United States Marine who was killed by a missile attack in combat action against ISIS in Iraq. He is only the second U.S. casualty at the hands of ISIS in Iraq since U.S. combat forces returned.

Master Sergeant Joshua L. Wheeler was killed last year while attempting to rescue hostages from ISIS. As Bloomberg notes, this second casualty is the first death during an ISIS attack on our forces. This is not a small distinction, but rather a distinct escalation.

Earlier today a U.S. Marine providing force protection fire support at a recently established coalition fire base near Makhmur in northern Iraq was killed after coming under ISIL rocket fire.

Several other Marines were wounded and they are being ‎treated for their varying injuries. ‎Additional identifying information will be provided after next of kin notification.

This is the second combat death since the start of Operation Inherent Resolve, and it reminds us of the risks our men and women in uniform face every day.

Our thoughts and prayers are with the service members involved, their families and their coalition teammates who will continue the fight against ISIL with resolve and determination.

We know this too: ISIS attacks us. They attack us here, and they attack us there, and a Marine is dead. They’ll pay for that. Believe it.

Semper Fidelis and Godspeeed, Devil Dog. From one Marine to another. 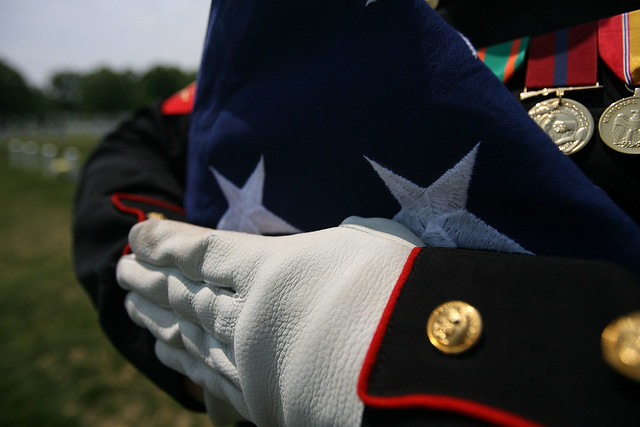