Sorry, American Left, Baghdad Is Not and Will Not Be Another Benghazi

The one reason that I refuse to have any dealings with the American left is that about 40 years ago, during the Reagan administration, the left started actively rooting for dead Americans to advance their political agenda. And if Americans couldn’t be found to kill, they were happy to kill anyone else. The origins of this strategy were, I believe, in the sell-out of South Vietnam. By cutting off funding to South Vietnam and unleashing a communist reign of terror in Laos and Vietnam and a fairly enthusiastic genocide in Cambodia, the left discovered that by killing enough people, assuming a Republican was president, it could gain and maintain power.

This accidental discovery led to the left trying to give Central America to the communists and their slavish devotion to the Soviet-inspired and funded Nuclear Freeze movement. Under George Bush, Jack Murtha, who I trust is trussed up on a rotisserie in deepest reaches of Hell, advocated a ‘slow bleed’ strategy whereby the Democrats controlling the House after 2006 would throttle back on resources available to troops in Iraq so the body count would rise and force a US withdrawal.

Today, as US embassy personnel and troops are in danger in Baghdad, you find the left rather shamelessly hoping for casualties. The reason they want dead Americans is that they are still smarting from the abject and deliberate failure of the Obama administration–and Hillary Clinton–to take even modest steps to protect US personnel in Libya, and the cravenness that let Americans die in Benghazi because Hillary Clinton literally couldn’t decide what uniform the rescue mission should wear (READ: When the Benghazi Phone Rang At 3AM, Hillary Clinton Was Obsessed Over What Clothing the Marines Should Wear).

.@GOP for 3 years: WHERE WAS HILLARY DURING BENGHAZI??

.@GOP today: Trump is enjoying his 348th day golfing while this is happening in Baghdad and it’s absolutely fine.

People are asking. Is what’s happening in Baghdad a Benghazi moment? A Lebanon 1984 moment?
It’s bigger than both, because of the vast U.S. investment in Iraq. It’s more like Saigon. After today, how do the Americans trapped inside the embassy leave except by helicopter?

Where is @TGowdySC calling for a Benghazi-style investigation over the Iraq embassy protest?

The American Embassy is under attack in Baghdad and Trump is more concerned with impeachment. We have nearly 400 employees at the US embassy in Baghdad. Trump simply doesn't care if they are killed as long as he can whine about impeachment! #Benghazi

Baghdad will not be another Benghazi. For a lot of reasons.

First and foremost, the Administration acknowledged that the Green Zone was becoming very dangerous and evacuated all nonessential personnel a week ago. This reduced the vulnerability of staff. Today, as mobs invaded the embassy grounds, the Trump administration deployed about 100 additional US Marines to Baghdad along with at least two AH-64 Apache attack helicopters. This measured deployment before the embassy was actually in an in extremis situation nearly guarantees the integrity of the embassy building and safety for the staff.

JUST IN: U.S. Central Command releases photos of Marines in Kuwait preparing to reinforce the U.S. embassy in Baghdad pic.twitter.com/EeYKKoPSiP

President @RealDonaldTrump is sending Apache helicopters and 100 Marines to the American Embassy in Baghdad because that is what leaders do. That is how you avoid Benghazi.

This will not be another Benghazi because we have a President who is willing to put American lives and American interests first. 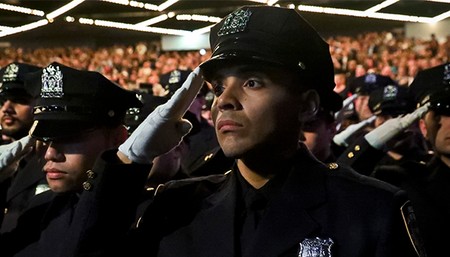