Last week, a Muslim Expo was held in Anvers, Belgium. Apparently, it was an attempt to show Belgians that their Muslim minority are kind and peaceful, very much like everyone else, except when they are shooting up things and setting off bombs. This is nothing new. CAIR does this in America all the time when they aren’t funding terrorist groups, justifying terrorists, or creating bullsh** provocations.

When hijab-wearing Zakia Belkhiri saw members of a far-right anti-Islam group protesting outside an Islamic lifestyle event she was attending in Belgium she responded like a true Millennial.

The 22-year-old took out her phone and snapped a series of selfies with members of Vlaams Belang – a far-right nationalist group who some have described as “openly anti-Muslim“. The photo above of Ms Belkhiri posing against the backdrop of the demonstrators – some of whom were clearly impressed by her cheek – has since been widely shared on social media.

What did Zakia Belkhiri do when she walked into an anti-Islam protest? She took selfies #BadAss #Belgium pic.twitter.com/3amzZy8cxs

So sweet. A Muslim girl in a hijab confronts nasty white folks. Takes cute selfies. Just happens to have a professional photographer along who captures the pose from multiple angles

It comes to no surprise to anyone who has been paying attention to these stories since September 11, 2001 that if you find a obviously doctrinaire yet friendly Muslim and a photographer next to a demonstration or smoking bomb crater, if you dig a little bit you are going to find a run-of-the-mill anti-Semitic Islamist. Ms. Belkhiri is not exception to the rule:

You can run this through Google Translate if you want, but I think most of you get the broad, nuance-free impression of her point of view.

Ms Belkhiri told BBC Trending that she initially shied away from media attention because she “didn’t want to look like a girl who seeks attention.”

But on May 19, shortly before her anti-Semitism was revealed and she inactivated her Twitter and other social media accounts she said this on Twitter:

The same type of fame that leads young men and women to walk into nightclubs or board subways with suicide vests and automatic weapons. 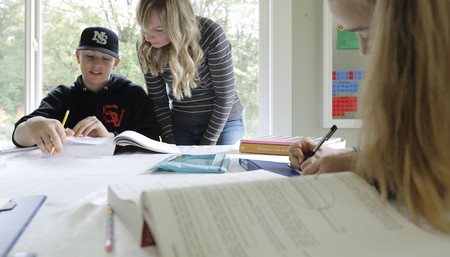 ‘Hits Keep Coming’: The Last Four Days for Joe Biden Were Even Worse Than We Thought
Sister Toldjah