[email protected] is a dishonest lackwit

The key issue over the Indiana RFRA and the similar bill in Arkansas (as well as the bills currently in effect in about 30 other states) is pretty simple. Can someone use the force of law to compel you to either violate your religious beliefs or be punished. For all observant Christians, homosexual acts — not the sexual attraction per se — are sinful. Homosexuality is one of four sins that scripture describes as “crying out to Heaven for vengeance.” Few would argue that Scripture gives you the right to shun homosexuals but it does place upon you an affirmative obligation to not show public support for the act lest others might think it is acceptable. This is not news to anyone. A bank might very well choose to do business with a convicted embezzler but, rightfully, balk at hiring the embezzler. I only say this because the RFRA is being attacked as a way to refuse services to homosexuals when, in reality, it only says you don’t have to descend into depravity rather than lose your livelihood.

Enter the moronic Sally Kohn (@sallykohn) into the debate. Sally Kohn, to the surprise of no one who has seen her picture, is a lesbian. In a gentler age, that is, 15 or so years ago, Child Protective Services would have pulled up to her door if she had written this op-ed (not to mention there is no way a newspaper would have published it) I’m gay. And I want my kid to be gay, too. At Talking Points Memo she writes this Hey, Christian Business Owners: The Government Isn’t ‘Forcing’ You To Do Anything (sorry, I don’t provide links to hate-speech sites and intelligence-free zones).

This issue of government force is a funny one. You could also argue that the government is forcing you to drive below the speed limit or wear a seatbelt in your car. But it’s not. There isn’t a police officer holding a gun to your head literally forcing you to buckle up. In fact, you are 100 percent free to speed and not wear your seatbelt—and simply deal with the consequences if you’re pulled over. Is the threat of the fine for breaking the law amount to “forcing” you to follow the law? No.

And more to the point, the government certainly isn’t forcing you to drive. If you don’t like the speed limit and seatbelt rules, and don’t want to be subject to the consequences of breaking them, then you can not drive. Whether to drive or not is your choice.

and if you believe this to be correct, then this logically follows:

Don’t like following the laws that apply to businesses—including serving all customers equally? Then don’t start a business. That’s your choice.

If we follow her reasoning to her logical conclusion, no one is “forcing” someone to not kidnap Kohn and bury her is a swimming pool full of soggy Cheerios. No one is forcing you to not rob a bank. No one is forcing you to not hijack an airliner and fly it into a building. Like homosexuality, these are merely “choices” you make and all is well and good so long as you are willing to accept the consequences. The law doesn’t “force” you to do anything. Actually, in Kohn’s world there appears to be no such thing as “force.”

Of course, this line of argumentation is utterly bogus from every possible angle. It is dishonest on its face and it treats the people who read it as imbeciles… that goes without saying as it appeared in TPM. Without resorting to the banality of a dictionary definition, you can find hundreds of law journal articles on the subject. Take as an example, The Force of Law: The Role of Coercion in Legal Norms

This article will show that coercion is not merely important in light of human nature[11] and will make the stronger claim that coercive sanctions are a necessary and perhaps the most important feature for explaining legal norms. The emphasis will be on the legal aspect of legal norms. The ability to use coercion under special conditions defines legal norms. Legal philosophy is, to borrow a phrase, philosophy with bayonets.

There are actually scholarly legal books written on the subject. For instance, The Force of Law:

Many legal theorists maintain that laws are effective because we internalize them, obeying even when not compelled to do so. In a comprehensive reassessment of the role of force in law, Frederick Schauer disagrees, demonstrating that coercion, more than internalized thinking and behaving, distinguishes law from society’s other rules.

Reinvigorating ideas from Jeremy Bentham and John Austin, and drawing on empirical research as well as philosophical analysis, Schauer presents an account of legal compliance based on sanction and compulsion, showing that law’s effectiveness depends fundamentally on its coercive potential. Law, in short, is about telling people what to do and threatening them with bad consequences if they fail to comply. Although people may sometimes obey the law out of deference to legal authority rather than fear of sanctions, Schauer challenges the assumption that legal coercion is marginal in society. Force is more pervasive than the state’s efforts to control a minority of disobedient citizens. When people believe that what they should do differs from what the law commands, compliance is less common than assumed, and the necessity of coercion becomes apparent.

Challenging prevailing modes of jurisprudential inquiry, Schauer makes clear that the question of legal force has sociological, psychological, political, and economic dimensions that transcend purely conceptual concerns. Grappling with the legal system’s dependence on force helps us understand what law is, how it operates, and how it helps organize society.

Force of Law even rates its own Wikipedia entry.

It is this kind of casual dishonesty… or pathetic stupidity…. or both…. that makes RFRA laws an absolute must in a culture where the acceptance of deviant sexual activity is required lest you lose your ability to keep, or even gain, employment. So long as there are pro-perversion activists like Sally Kohn allowed to roam free and sue and harass people who know what they are doing is wrong and offend them by saying so, there will be the need to protect the innocent. 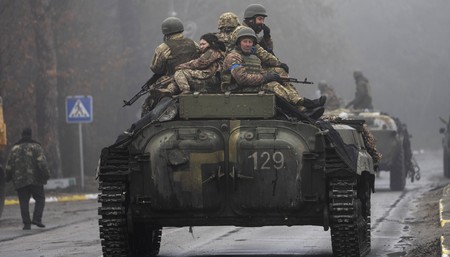