South Carolina to Open Next Week 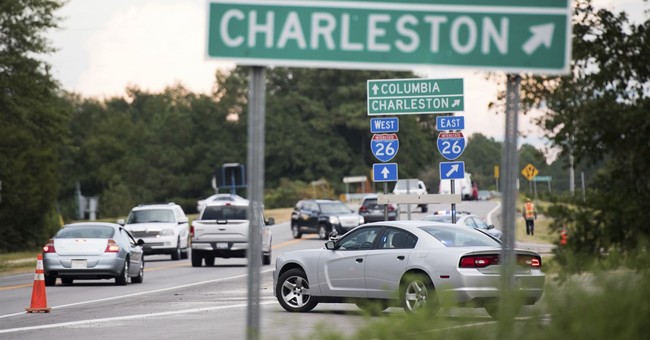 South Carolina state troopers work with D.O.T. employees at an access ramp to I-26 Tuesday, Sept. 11, 2018, in Columbia, S.C. A lane reversal was implemented earlier in the day, utilizing all lanes for travel west between Charleston and Columbia in anticipation of the arrival of Hurricane Florence. (AP Photo/Sean Rayford)

Those pushing back on President Trump’s phased plan to reopen the economy, like Bloomberg opinion writer Noah Smith here:

"Reopening" the economy doesn't mean people will feel safe coming out of their homes.

What are you going to do, Trumpkins? Force people to eat at Fuddruckers at the point of a bayonet? https://t.co/GEuB86fjLR

Are going to find a formidable foe in the people of this country, particularly in states that have been relatively less affected by COVID-19. In fact, the behavior of residents has already led to changes in South Carolina, with Gov. Henry McMaster announcing the opening of public beaches and retail stores next week because crowds had still been gathering in these areas despite a two-week stay at home order in parts of the state.

Gov. Henry McMaster is beginning efforts to unravel the restrictions he ordered as COVID-19 cases swept across the state. He lifted the ban on public boat ramps and landings on Friday.

On Monday, McMaster will issue orders allowing beachgoers and visitors to rivers and lakes to use public accesses and shoppers to head back to clothing, jewelry and furniture stores, said Trey Walker, the governor’s chief of staff.

They will reopen Tuesday after being closed for a little more than two weeks because crowds continued to gather despite repeated warnings to practice social distancing.

Like its neighbor to the South Georgia, South Carolina isn’t expected to peak in new cases until May, but the people of the state have been congregating despite warnings.

Social distancing rules will continue to apply in retail stores and on beaches for the time being. But businesses were reported to be concerned about solvency as they awaited another round of federal aid, initially held up by Democratic Speaker of the House Nancy Pelosi, although reportedly close to being passed as of Sunday. Both South Carolina Republican Senators Tim Scott and Lindsey Graham serve on the president’s task force to reopen the economy.

Other states may soon follow South Carolina, as many states’ stay-at-home orders expire at the end of April.