The Upside of Tariffs: Keeping the Chinese From Stealing Our Technology

In late March, the Trump administration wrapped up an investigation of China’s trade practices as they relate to unfair business activities, including the theft of American technology. In a piece for RedState, I wrote on March 22 that this “301” investigation was at least part of the reason President Donald Trump initiated tariffs on the Chinese that many fear might lead to a trade war between the two nations.

White House officials speaking on background noted that the tariffs come following an extensive investigation conducted by U.S. Trade Representative (USTR) Robert Lighthizer that began last August under Section 301 of the Trade Act of 1974. The investigation was conducted after what officials said were years of known violations of free-market trading practices by China under both the George W. Bush and Barack Obama administrations.

One senior official called the new tariffs — the target value of which is approximately $50 billion to offset what the USTR and intra-agency report has calculated as the amount the U.S. has lost due to unfair Chinese trading practices — “historic”, and said President Donald Trump should be applauded for his courage and vision in addressing a problem previous administrations failed to take in hand.

According to the initial notice in August announcing the investigation, the USTR was determined to discover if China had been attempting to, most notably, require American companies wishing to do business there to give up a majority of ownership and reveal their technological innovations. The Chinese would then build on those innovations and dominate the market, putting American companies out of business.

Part of the scheme involved, according to investigation findings, a Chinese practice of allowing American businesses to set up shop in China, only to make it prohibitively difficult for them to actually profit from or control their venture, and observing to the point of theft the technological innovations they employed and later using that information to put the original American company out of business.

A new report from The Washington Free Beacon seems to confirm those suspicions. The outlet has apparently gotten its hands on a directive from the Communist Party of China that “is an approval order from the Central Committee for a ‘working plan on strengthening the intensity of United Front Work in the area of science and technology of the United States in 2017.'”

China’s Communist Party recently authorized an aggressive program of stealing U.S. science and technology information by recruiting Americans in the tech sector with access to trade secrets, according to an internal Party directive.

The directive outlines a secret program authorized by the general office of the Communist Party of China (CCP) Central Committee of stepped up technology collection beginning in late 2016 and carried out by an intelligence unit called the United Front Work Department.

According to the Free Beacon, the United Front is a communist euphemism to describe groups united to perform party functions. Chinese supreme leader Xi Jinping, who has been increasing the role of the United Front (which dates back to the time of Vladimir Lenin), has called their work a “magic weapons” in the effort to conduct covert warfare against other nations.

The 3-page directive from Xi’s CCP reads in part:

The united front work targeted on the areas of science and technology of the United States is an important measure of our party to deeply divide western hostile forces, to maintain social stability, to ensure national security, to comprehensively advance the rapid development of our own science and technology and economy, to accelerate the construction of national defense modernization, and to consolidate the overseas united front.

In an interview with NBC News, FBI Director Christopher Wray warned that the CCP’s aggressive intelligence gathering is a real threat to the United States.

“In our experience, there is no nation that targets America’s assets more aggressively than the Chinese government,” he said. “And the Chinese government works hand in hand with Chinese companies, among others, to do everything they can through all sorts of means to try and steal our trade secrets, our economic assets.”

The Trump administration, in addition to applying tariffs against the Chinese and making public their trade violations under the Section 301 0f the Trade Act, has recently expelled Russian operatives from the U.S. the administration feared were positioned to gather intelligence, and indicted several Iranian hackers for a spearphishing attack on American universities. 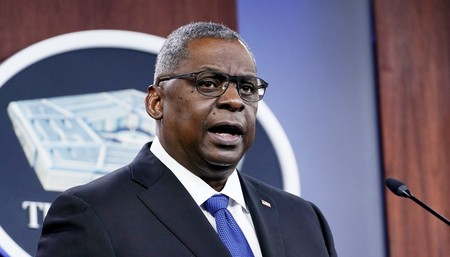 Feminist Writer Finally Says the Quiet Part Out Loud Regarding Abortion
Townhall
Think about it: People are 'pro-life' but there's no baby formula on the shelves
Twitchy
Top Democrats Float an Insanely Stupid and Dangerous Idea to Ignore SCOTUS Ruling on Roe
Redstate
Don't like the SCOTUS Decisions this Week? Blame a Greedy Liberal
PJ Media