#Journalism: Maggie Haberman Accidentally Debunks Her Own Argument About How Trump Isn't Taken out of Context 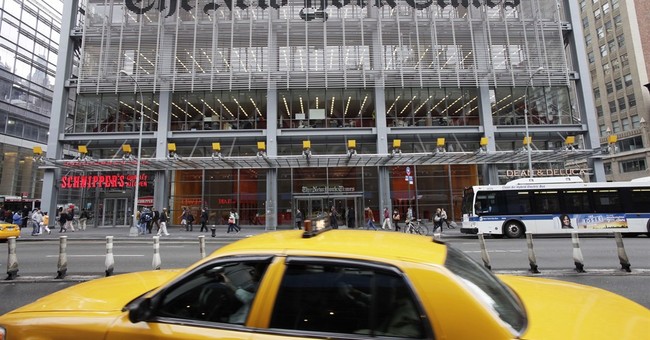 This is one of those stories you simply could not make up if you tried.

At the White House Coronavirus Task Force press briefing on Monday, President Trump responded to a question from CNN’s Ryan Lizza about governors reopening states by stating that “when somebody’s the President of the United States, the authority is total.” After some crosstalk, Trump reiterated his point but made sure to note that the “total authority” he was referring to was as it relates to reopening the country after a national emergency situation:

“But the authority of the President of the United States having to do with the subject we’re talking about is total.”

Trump’s quote, unfortunately, was taken wildly out of context by the mainstream media, who used the initial quote and ran with it without including the second half of it. Here are some examples:

President Trump just now: "When somebody is the president of the United States, the authority is total."

Fact Check: That is definitely not true.

Trump: When somebody is the president, "the authority is total."

The Hill posted a video clip of the full quote but only included the text of the partial quote:

President Trump: "When somebody's the president of the United States, the authority is total." pic.twitter.com/ZqM7VqswA5

Then you had New York Times White House correspondent Maggie Haberman, who quote retweeted AP White House reporter Jonathan Lemire’s tweet about Trump’s remarks while adding her own take to it.

The problem was that Maggie’s hot take about how Trump’s quotes aren’t taken out of context was debunked by her own tweet, which … took his quote out of context:

The problem is not that the president gets quoted out of context, as his advisers say. It’s that he gets quoted. https://t.co/VpQGwojF3H

Again, here was the more complete quote and context, which gives a better idea of what Trump was referring to:

President Trump on Monday claimed “total authority” over when and how to ease restrictions aimed at fighting the coronavirus outbreak.

Trump’s statement came hours after coalitions of governors on both coasts announced regional plans for reopening their states.

“When somebody is president of the United States, the authority is total. The governors know that,” Trump said during the White House coronavirus briefing, when asked about the governors’ plans.

“You have a couple bands of Democratic governors, but they will agree to it,” Trump continued. “They will agree to it. But the authority of the president of the United States, having to do with the subject we’re talking about, is total.”

Ironically, Haberman’s tweet came just a few hours after she complained on Twitter about Trump allegedly taking her words out of context:

The president is using audio of me on The Daily to bash my reporting in the paper (though I’m so glad they listen to the Daily). Their use of the audio is misleading – I went on to say I said he treated that travel limitation as a Mission Accomplished moment.

Doesn’t feel too good, does it, Maggie?

I bet that's annoying, having your words taken out of context. https://t.co/C5yL6Vtw5i

Haberman’s self-own also comes just a couple of weeks after she and fellow New York Times journalist Peter Baker were caught altering a quote from Trump during another briefing to make it sound like something he didn’t say.

This whole thing where members of the mainstream media are inadvertently debunking their “bombshell” reports about Trump in their own tweets is a fascinating – and amusing – new development.