Earlier this evening the Columbus, Ohio Police Department conducted a press conference and played the bodycam video from the officer who fired the fatal shots in the death of a 15-year-old girl during an altercation in the front yard of a home.

Warning — the video is graphic and depicts the death of a minor female.  She has been identified in the media by family members as Ma’Khia (or Makiyah) Bryant.

#Columbus
*potentially disturbing*
Body cam. Suspect had a large knife and officers were responding to reports of a knife. pic.twitter.com/ddoXQKXxSf

The first thing to note is that, according to the video, the officer arrived on the scene only seconds before he was confronted with a “Shoot/Don’t Shoot” situation. There were numerous people in the front of the house around two parked cars, and a confrontation underway.

From the moment he arrives he askes several times, “What’s going on?” Directly in front of him, two females engage in hand-to-hand fisticuffs, with one female going to the ground at his feet. It appears that the second female in that confrontation moves away from him and the officer turns his attention in her direction to pursue her, as it appeared that she was the aggressor in the first confrontation.

It seems clear that he observed some potential deadly threat as he turned because he withdrew his firearm and began yelling, “Get down, get down,” to those assembled.

The aggressor from the first altercation then attacks a second female (wearing a neon pink jumpsuit) up against the passenger side door of a car parked in the driveway, and has her pinned in place.  At that moment, the aggressor has both her right arm and hand pulled back, and it appears that there is a knife or some other weapon in that hand. At that moment, the officer fires four shots, striking the subject with the knife or other object in her hand. That subject falls to the ground while her intended victim escapes towards the house.

A still image from the video shows what appears to be a long kitchen knife on the ground next to the deceased girl just after she was shot. 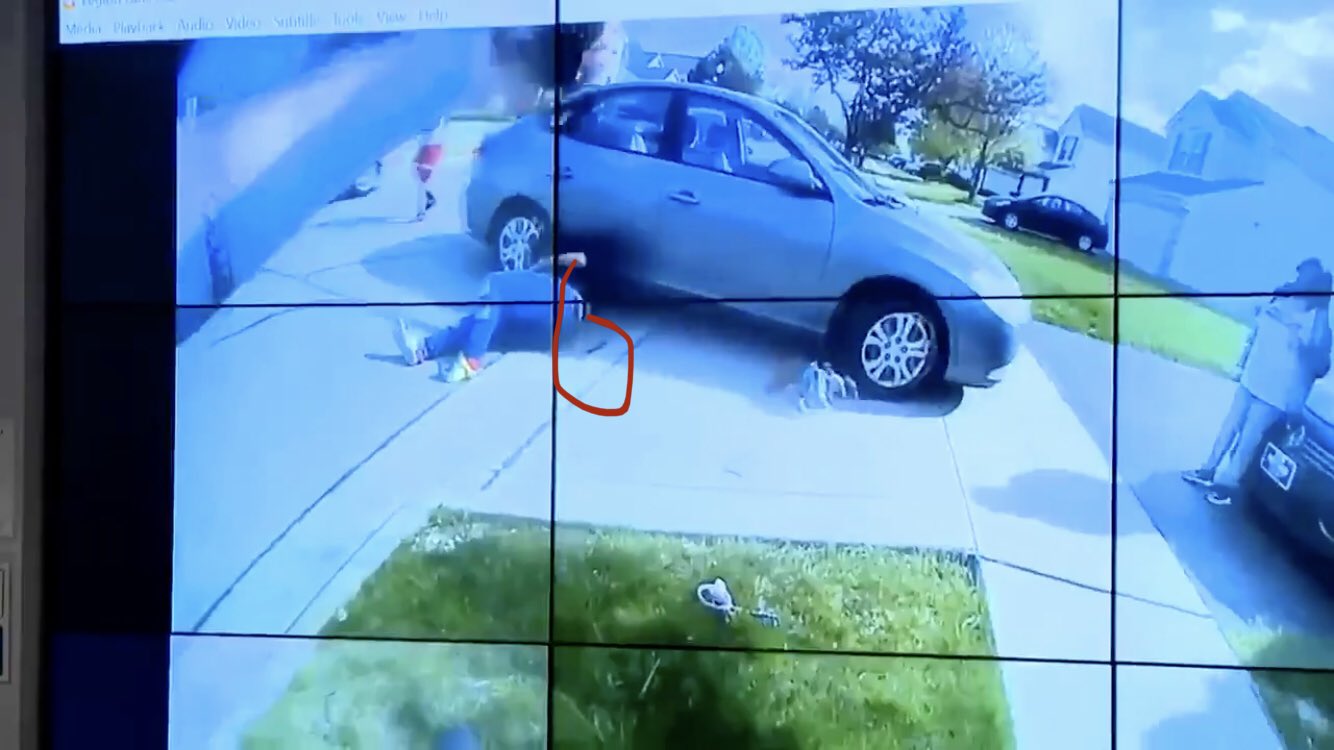 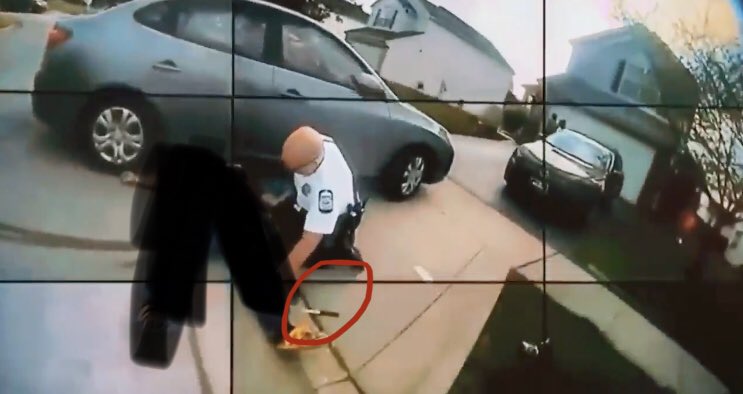 Here is a still image captured from the video which shows the deceased girl with the knife in her hand, about to swing it into her intended victim, just before the Officer fired. 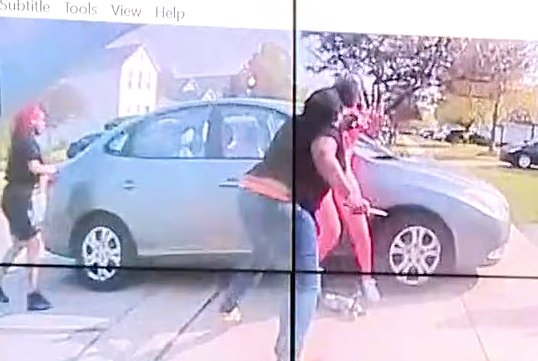 It seems quite likely that the Columbus Police Department held this press conference to publicize this video — which seems to show the officer acting to save the lift of the girl in the pink suit — in light of the protests that were forming in downtown Columbus as night fell. Antifa and BLM seem to both be on the scene as well as a large number of protesters.

Getting spicy in Columbus. 🌶pic.twitter.com/cq8XlzeHSF

Protesters are now outside of Columbus, Ohio police headquarters chanting the name of Makiyah Bryant, whose family says she was the teenager shot and killed in an officer-involved shooting. pic.twitter.com/Ditt3lmFE4

Based on the information known at this time, there’s no question that this was a justified shooting.  The officers were responding to a call that persons were at the location attempting to stab others. Within seconds of arriving, the Officer observed a physical assault and then spotted a deadly weapon in the hands of the aggressor.  He did what the law obligated him to do — he acted to protect the girl in the bright pink outfit from having deadly force used against her by Bryant.