Will Lindsey Graham Eat His Own Words About No SCOTUS Nominee in Final Year of Trump Term?

Lindsey Graham would seem to have a hammerlock on re-election in South Carolina.  He’s actually running for re-election this year.

Shockingly, a Quinnipiac Poll out three days ago has Graham in a dead heat, 48-48, with his challenger, Jaime Harrison.

But Donald Trump beat Hillary Clinton 55-40 in South Carolina in 2016, and no one is predicting that Joe Biden will do much better.  The idea that Lindsey Graham, an apparent key Trump ally in the Senate, would dramatically underperform him in November is pretty much impossible to imagine.

But there may be a “chink in the armor” for Graham.

“I want you to use my words against me. If there’s a Republican president in 2016 and a vacancy occurs in the last year of the first term, you can say Lindsey Graham said let’s let the next president, whoever it might be, make that nomination." pic.twitter.com/quD1K5j9pz

But if this was the only thing Graham ever said on the subject, finding a way out might be conceivable.  But it’s not the only time he’s taken this position.

Sen. Lindsey Graham justifies his treatment of Merrick Garland: "If an opening comes in the last year of President Trump's term, and the primary process has started, we'll wait to the next election" pic.twitter.com/E8N7a8IlIG

The Atlantic Festival — that would be The Atlantic Magazine hosting.  The same magazine that ran the Jeffrey Goldberg story about Pres. Trump disrespecting fallen veterans in France during the 100th-anniversary commemoration of Armistice Day.

“In the last year of President Trump’s term … we’ll wait to the next election.”

Under no circumstances can I contemplate the idea that Graham would use his position as Chairman of the Senate Judiciary Committee to throw sand in the gears of a Supreme  Court nomination — even though that’s exactly what he pledged he would do.

The date of that clip above is significant. It is no secret that Graham and John McCain were close friends and ideological allies in the Senate.  It’s also no secret that Pres. Trump and McCain despised each other.

But the clip also reflects one of Graham’s worst characteristics as a politician — a compulsion to constantly be creating press coverage for himself in a way that appeals to whatever audience he’s in front of at any given moment.  It’s no different than Bill Clinton’s approach to politics, only Clinton was a much better practitioner.

So, here we are now, less than two years later, Graham is the Chairman of the Judiciary Committee, but “facts” on the ground are much different.  The Democrats retook the House in 2018, and the Democrat primary process heralded the ascendancy of the socialist wing of the Democrat party, and purge of anything close to resembling a Democrat moderate.  There was no “moderate” candidate in the early field, and when Joe Biden jumped into the race to assume that position, he was immediately pulled so far to the left that he’s unrecognizable when compared to the Joe Biden of the Clinton Administration.

And then there was Brett Kavanaugh.  Maybe that was the epiphany for Graham, and that is what he can stand upon in reversing himself.  He recognized — and he called out — the sham that was the entirety of the baseless character assassination of Kavanaugh, and made this startling statement on the record and to the face of his Democrat colleagues on the Judiciary Committee:

“Boy, you all want power. God, I hope you never get it. I hope the American people can see through this sham.”

Graham is running for his third term in the Senate.  He was a failed candidate for President in 2016.  I suspect those ambitions are behind him, but he’s tried to recreate himself as a Trump ally so he may harbor an intention to pursue the Presidency again in 2024, whether Pres. Trump wins reelection or not.

Fatal to any such plans would be a Graham loss in South Carolina in November.  The chances of losing go up exponentially if he’s seen as standing in the way of Senate consideration of  Trump nominee to replace Justice Ginsburg.

That is assuming that Pres. Trump actually wants a vote on such a nominee before election day — and I’m not so sure he does.

But that’s a different story.

UPDATE:  While I was finishing this story, Sen. Graham’s office put out a statement directing the public to two statements made by Senator Graham over the summer stating that he would advance a nominee in Committee this year notwithstanding his earlier comments to the contrary.  The justification given by Graham in his prior statements reversing himself was his experience in the Kavanaugh hearings.

He was quoted in the subject in this NBC News story cited by Sen. Graham’s office just six weeks ago:

Yeah. We’ll cross that bridge. After [Brett] Kavanaugh, the rules have changed as far as I’m concerned,” he told reporters, citing the intense battle over Trump’s most recent Supreme Court nominee in 2018, who was narrowly confirmed.

But the question remains whether Pres. Trump really wants that vote or not. 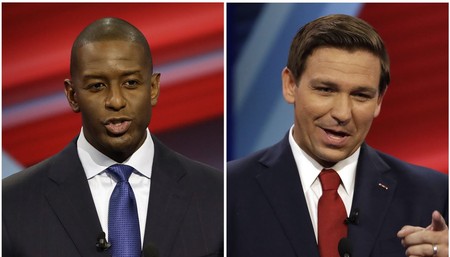 Moore to the Point - Florida, You Dodged a Bullet – and We Thank You
Susie Moore 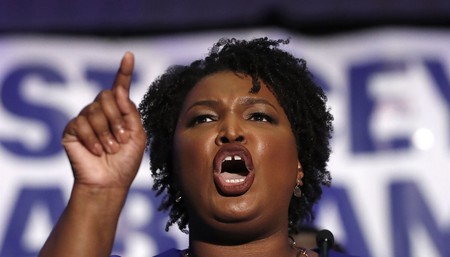 Stacey Abrams Was in Favor of Defunding the Police, Now She Wants to Give Cops a Raise
Mike Miller 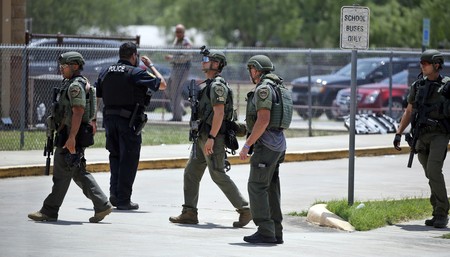