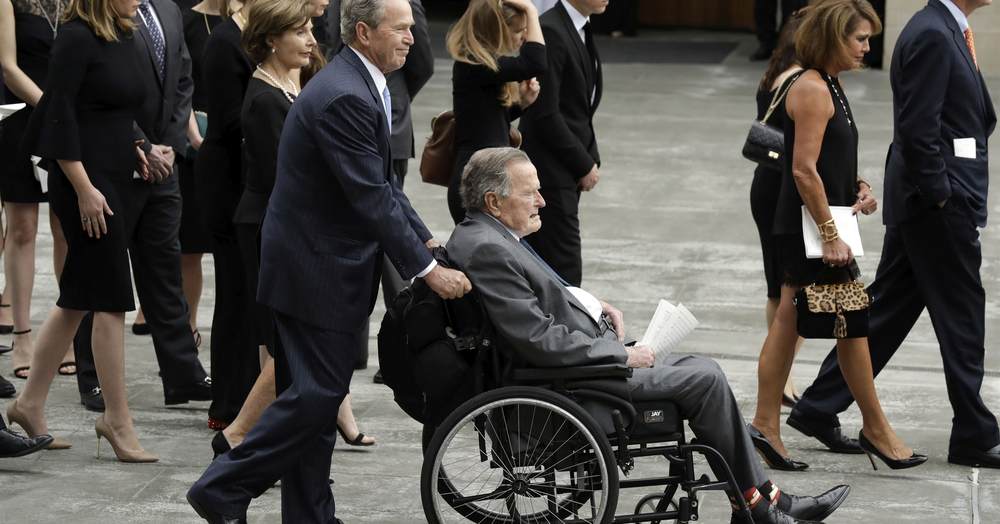 Just days after his wife of 73 years passed away, Bush 41 was hospitalized on Sunday morning. Bush attended Barbara’s funeral on Saturday and spent time shaking hands next to her casket on Friday.

The elder Bush has been in and out of the hospital several times in the past couple years. This time, however, his beloved Barbara is not physically with him.

A statement issued from his office stated,

“President Bush was admitted to the Houston Methodist Hospital yesterday morning after contracting an infection that spread to his blood. He is responding to treatments and appears to be recovering. We will issue additional updates as events warrant.”