Paul Ryan Needs To Step Down As Speaker Now, Not Later 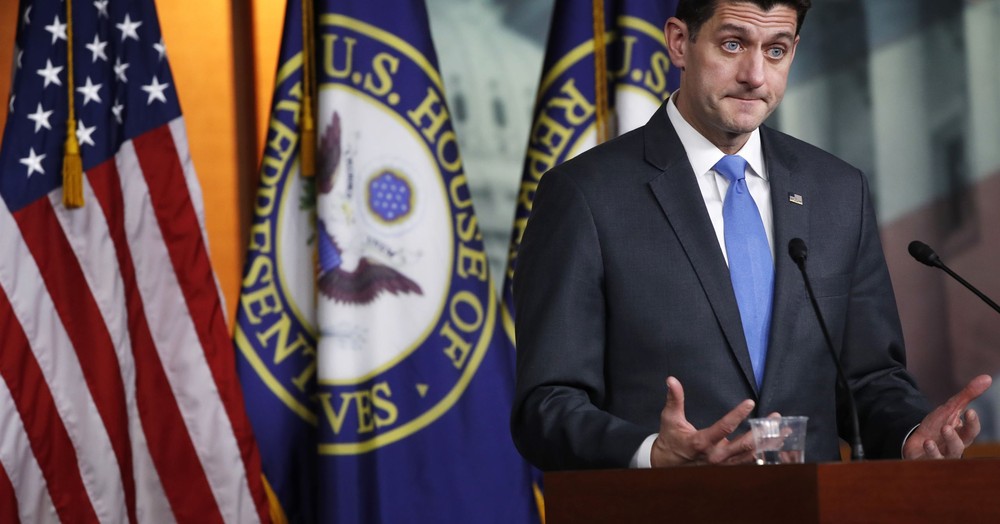 Paul Ryan needs to step down as Speaker of the House now, not in 2019 as he said when he announced his retirement from Congress.

The reasons are very simple, and not the least of which are the rumblings reported that House Republicans may force Ryan’s hand to call for a vote for Speaker, something he said he didn’t plan to do before leaving Congress.

The speakership is a position that has to wield clout and at least have the perception of leadership. Ryan has said he’s stepping down. He doesn’t have either anymore.

Who wants to negotiate with the guy who’s on his way out? Who will be cowed into voting a certain way on something by the guy who had trouble doing so before announcing he was leaving? Members will be looking to curry favor with their preferred next in line.

This leads to the other reason Paul Ryan needs to step down now.

If Ryan doesn’t step down before his departure next year, we’re in for nine months of House Republicans jockeying for position and engaging in a protracted power struggle.

This is wholly unnecessary and Ryan’s holding on to the role is its only cause.

Paul Ryan could attempt to stick it out and possibly be forced to call for a vote or he could do the wise thing by precipitating his colleagues and let them choose a new Speaker now.