What Will Trump Do? Biden May Be Getting Serious About A 2020 Run 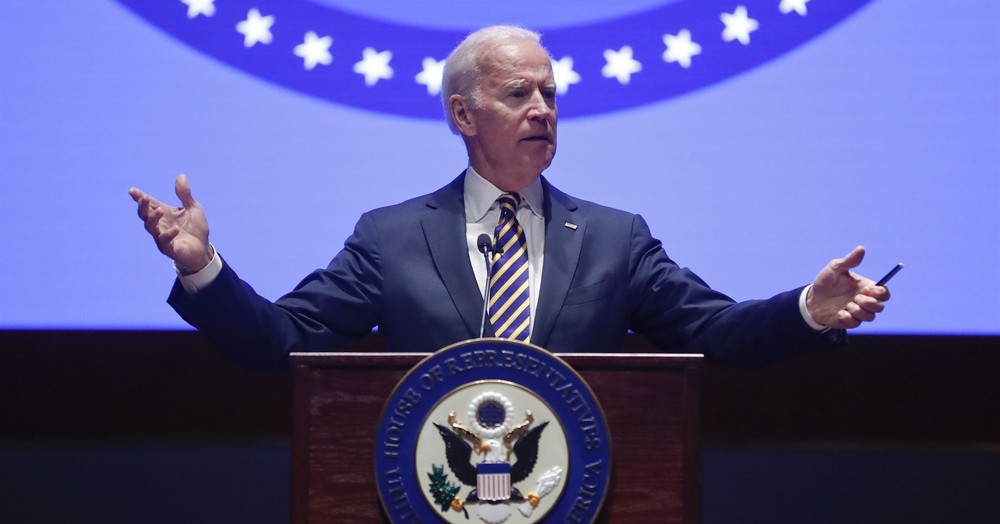 Former Vice President Joe Biden is apparently getting serious with aides about a 2020 run for president.

Biden skipped the 2016 election, to the dismay of many, to clear the way for another disastrous Hillary Clinton bid for the White House. A move he now regrets.

According to the Associated Press, during a meeting with several aides about his D.C. diplomacy center, Biden reportedly told those in attendance — which included his former chief of staff, his former national security adviser and a former State Department official — he hasn’t made up his mind about 2020 but expressed interest in them joining a potential campaign.

Biden, who will turn 78 in November of 2020, would be the oldest president if elected.

The 2020 Democratic field is shaping up to be as crowded as the 2016 Republican field was. With no stand-out star in the bunch at this point – which is admittedly early — Biden would enjoy the boost of having national name recognition as well as being associated with former Pres. Obama, whom Democrats are still pining over.

Still, one does have to wonder if Biden’s time has simply passed. Many who would’ve voted for Biden as an against-Trump move, but balked at voting for Hillary, may either see Trump as a non-issue by then or be ready to move on to a “newer” and younger iteration of Democrat.

One thing is certain, there’s no rolling back the clock and recreating the conditions of 2016.