At Davos, Trump Cabinet Member Has Choice Words For Anyone Who Doesn't Like The President 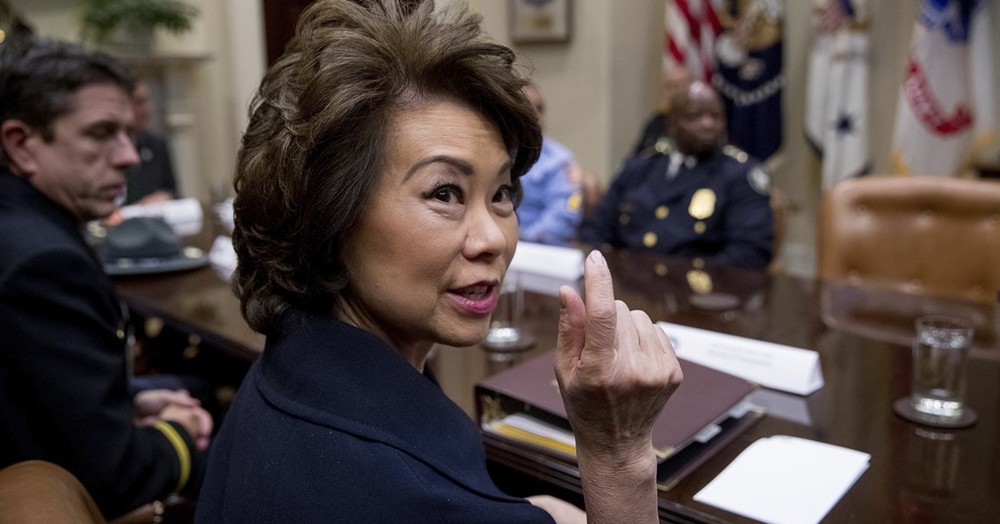 During a panel at the World Economic Forum in Davos, Switzerland on Wednesday, Transportation Secretary Elaine Chao gave simple advice to anyone not wanting to hear Pres. Trump speak this week: You can leave if you don’t want to hear what he has to say.

“Davos should feel very flattered that he has chosen this as a forum. Those who don’t want to listen to him can leave.”

Surely there will be plenty who take her up on that.

But is such a possible walk-out indicative of Trump’s effect on the United State’s standing in the world? Of course, Chao (a.k.a. Mrs. Mitch McConnell) says no.

When asked whether the United State’s position as the global leader has been diminished since Trump became president, Chao’s response was simple, “When we talk about America around the globe, it’s not as if America is going to withdraw.”

Joining Chao at the session hosted by the Wall Street Journal were Homeland Security Secretary Kirstjen Nielsen and House Majority Leader Kevin McCarthy. Both agreed with Chao that the role of the United States in the global political economy.

Whether or not Trump’s presidency has a lasting effect on how the U.S. is perceived, and it’s position in the global power structure across the board, will continue to be debated and decided long after his presidency is over.