Weiners Pull Out of Divorce? (Updated) 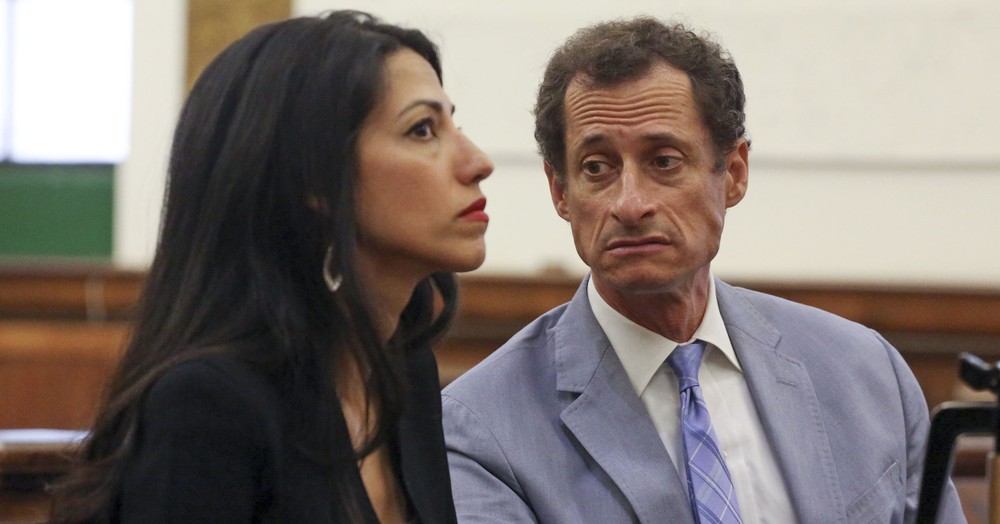 Update: Per a statement from Huma Abedin’s attorney, one of the possible scenarios mentioned in this post originally appears to be the case; Weiner and Abedin are still divorcing, but are settling the matter privately rather than in court to spare their 6-year-old child.

Abedin was scheduled to appear in Manhattan Supreme Court on Wednesday afternoon for a compliance conference in their contested divorce. Instead, one of her attorneys submitted paperwork signed by both parties agreeing to end the case, a court source told The Post.

The judge announced from the bench that the case was “discontinued.”

Weiner is currently serving a 21-month sentence in federal prison for sexting a minor.

Whether or not the couple will stay married remains to be seen. They could stay married — following in Huma’s employer’s footsteps of staying with a dirtbag — or negotiate a private divorce settlement.

As Abedin has stood by her creep of a husband through prior sexting scandals, I’d say the odds are better than even they continue to stick it out for now…Especially, if they could need spousal immunity in the near future.