John McCain to Hillary Clinton: Find Something To Do 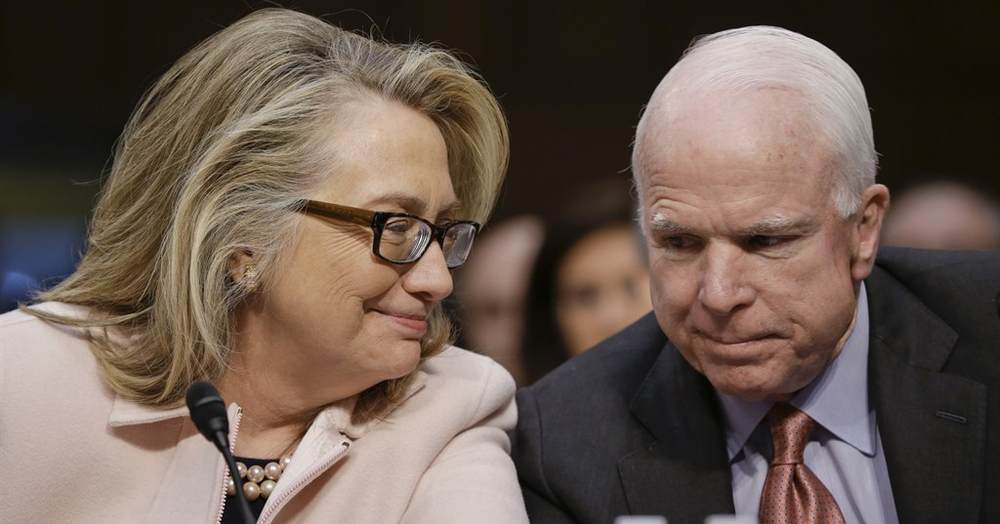 Sen. John McCain opined in an interview with Esquire on Hillary Clinton’s penchant over the past year for not letting go of her loss in the 2016 election. McCain said Hillary has “got to move on.”

He spoke from experience saying, “One of the almost irresistible impulses you have when you lose is to somehow justify why you lost and how you were mistreated: ‘I did the right thing! I did!’ The hardest thing to do is to just shut up.”

McCain’s own memoir is scheduled for publication in April and will cover his presidential loss in 2008.

McCain also lambasted Clinton for writing her whiney election memoir, What Happened, after the election.

“What’s the f–king point? Keep the fight up? History will judge that campaign, and it’s always a period of time before they do. You’ve got to move on,” he said in the interview. “This is Hillary’s problem right now: She doesn’t have anything to do.”

Personally, I like the idea of Bill and Hillary not having much to do these days. It means they’re not engaging in their previous decades of machinations. Even the fluff pieces on daughter Chelsea seem to have subsided in recent months.