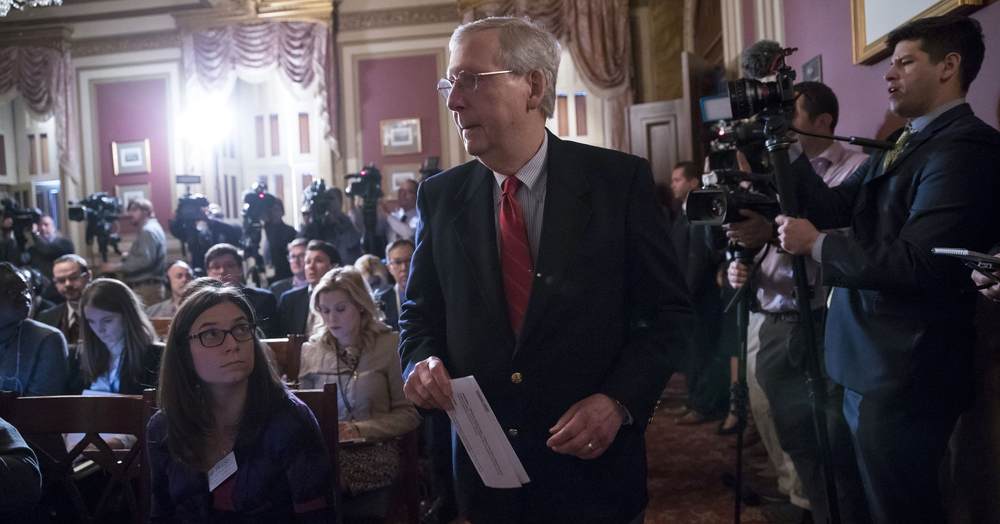 Senate Majority Leader Mitch McConnell (R – Ky.) told reporters Monday he believes the women who have said Roy Moore made romantic and sexual advances toward them when they were underage.

“I think he should step aside,” McConnell told reporters in Louisville, adding: “I believe the women, yes.”

Several Republican senators have spoken out about Moore and called for him to step aside in the race for Alabama’s Senate seat, including Sens. Mike Lee, Bill Cassidy and Steve Daines.

Moore responded by tweeting, “The person who should step aside is @SenateMajLdr Mitch McConnell. He has failed conservatives and must be replaced. #DrainTheSwamp.”

The Republican candidate should have an easy win in the deep red state of Alabama, but recent polls show Democrat Doug Jones gaining ground on Moore as detailed allegations continue to come out.

Party officials are reportedly looking at supporting a write-in candidate. According to Politico,

“That’s an option we’re looking at, whether or not there is someone who can mount a write-in campaign successfully,” McConnell said during a news conference on tax reform. Whether that candidate could be Strange, the appointed senator whom Moore defeated in the primary, McConnell added: “We’ll see.”

Moore needs to step down, preferably sooner rather than later.