Watch: Trump Takes Aim At The NFL Anthem Protesters, "Get That Son of a B**** Off the Field!" 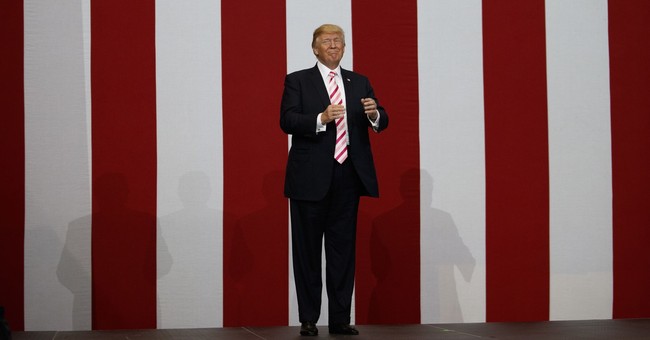 Donald Trump got fired up at a rally in Alabama on Friday night, taking aim at NFL players who sit or take a knee during the national anthem.

“Wouldn’t you love to see one of these NFL owners when somebody disrespects our flag to say, “Get that son of a b**** off the field right now. Out. He’s fired. He’s fired!”

Trump wishes NFL owners would tell anthem protesters "get that son of a bitch off the field right now" pic.twitter.com/gq4EH3lNoY

National Review’s Rich Lowry summed up this type of rhetoric from Trump perfectly on Twitter. “Absolutely classic Trump–take a commonly felt impulse, ratchet it up to 11, watch liberals freak out,” he said.

Indeed. And that’s exactly what happened.

Trump went on to say the game has become too litigious and the referees are ruining the game with the amount of penalties given nowadays. “They’re ruining it,” he said of today’s NFL.