WATCH: Crazy Video of CBP Letting in Hundreds of Illegal Aliens Across Border, While Cubans Are Denied

We reported earlier on the massive surge of people at the border and how a huge number of the folks coming in are now positive for the Wuhan coronavirus, with a 900% surge in the last two weeks.

You can see from these stunning videos from Fox LA’s Bill Melugin, with people at the gates, how crazy it is. Hundreds just showing up and demanding to be let in. The kicker? Most of them were just let in. First, the CBP seemed to just be letting in the families, then they basically let everyone in, including the single adult males.

NEW: Getting a bit hectic here in Del Rio. Massive group of 300+ migrants wants to be let into the US. Some migrant families being let through, but adult men try to force their way through the gate. BP and troopers have to yell at them to get back. @FoxNews pic.twitter.com/7E4KIHmNVs

A large majority of the migrants, including single adult men, have been let into the United States and taken into custody. At least 200+ have been taken away in buses. More still coming, more still waiting. @FoxNews pic.twitter.com/CIfSXAejCc

Another video from earlier. A Border Patrol agent told me this was the biggest single group he’s ever seen in Del Rio & that they’re glad troopers from Florida & Nebraska were here to help man the gate with Texas troopers. Almost all ended up being let into the US. @FoxNews pic.twitter.com/kwRAaAxofq

Live on @FoxNews yesterday in Del Rio as large groups of single adult men were allowed to walk through the border gate into the United States & were taken into Border Patrol custody. The men told me they were from Ghana, Haiti, & Brazil. Part of a group of 400+ let in. @FoxNews pic.twitter.com/8KoyY7PDzO

This is going on while they have the highest numbers of encounters of illegal crossings at close to 190,000 in June and with the system at the border so overwhelmed, they no longer have places to put people.

This is not only dangerous and so insulting to every legal immigrant that went though the process properly. Imagine what the Cubans must think if they see this, when they are told, even if they have legitimate asylum claims, if they come by boat, they will be denied, according to Alejandro Mayorkas. Any random can walk across the border, but actual legitimate asylum seekers (who are likely non-Communist) are out of luck.

“If individuals make, establish a well-founded fear of persecution or torture, they are referred to third countries for resettlement. They will not enter the United States,” Mayorkas said.

Why? I’m sure the fact that Cubans would likely be non-Communist and would likely at some point vote Republican would have nothing at all to do with it. Unfortunately, Cuba’s poverty makes it unlikely that legitimate Cuban asylum seekers could afford to pay the thousands to coyotes to make it to our Southern border. On a broader scale, this is a complete upside down denial of what the asylum system is supposed to be about.

This is the insanity that the Biden/Harris administration has wrought. Do we even have a border or the rule of law anymore? 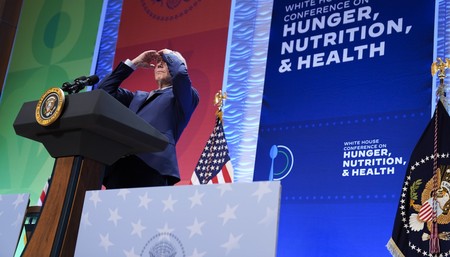