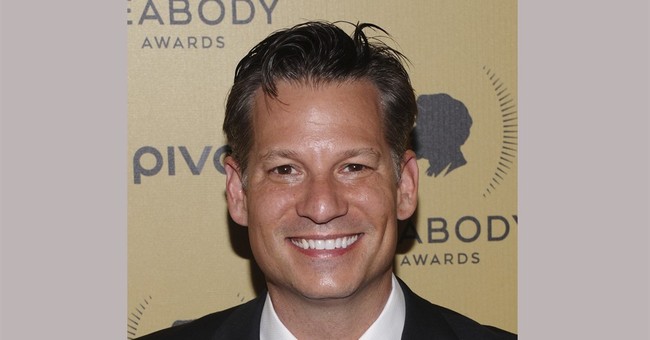 Exactly how far do media seem to be going to carry water for the Chinese government?

Check out this nutty video from MNBC’s Richard Engel. He tells us why you really can’t call it a “Chinese virus.” It’s not really the CCP’s fault they covered it up for at least a month. It’s the fault of the bats.

.@RichardEngel: "This is a virus that came from the territory of China but came from bats. This is a bat virus, not a China virus. It doesn't speak Chinese. It doesn't target Chinese people. It targets human beings who happen to touch their eyes, nose or mouth." pic.twitter.com/ljQeT7UQam

This is nonsense, since viruses are frequently called by where they were discovered or place of origin.

So can Engel explain why media including MSDNC did call it Chinese coronavirus along with Wuhan coronavirus previously? At least until the Chinese government started a propaganda campaign to call it “racist.”

People had a few things to say about Engel’s hot take.

You have got to be f***ing kidding me. The Chinese government destroyed evidence of the virus, allowed free travel of 5 million people from the Wuhan region, and censored doctors who talked about it. https://t.co/TT3aVcDlga

The Chinese government destroyed tests and lied to the WHO. https://t.co/ry9xwLgryJ

The Chinese government deleted lab work and samples and intimidated their doctors to cover up any trace of it while also lying to the World Health Organization. I'm fine calling it a Chinese Government Virus as well. NBC has been on the front lines pushing PRC propaganda. https://t.co/5UmTbJOTu7

But you have to wonder if it’s tolerated and promoted because of the financial interest their parent companies have in China https://t.co/0zhvzkbpgP

.@RichardEngel’s comments about China, from 2017 through today, have been… interesting.

From “While Americans focus obsessively on our politics, China is laying the groundwork to dominate the coming decades” to questioning whether China’s “authoritarianism” is the “solution”… pic.twitter.com/U3xUyadiKY

World is facing a deadly pandemic right now and all pundits can talk about is semantics and argue over etymology of the virus’ name? Amazing. We are doomed, aren’t we? https://t.co/hlnifSZpzC

Gonna tell my grandkids this is a bat. pic.twitter.com/vs51LZ2Hux

China Sent a Spy Balloon, But Here's Why We Can't Shoot It Down
Townhall
AOC brings a knife to a gun-fight with Marjorie Taylor Greene and it like goes SOOO wrong for her
Twitchy
WATCH: Woman Draws Cheers Confronting a Deranged Trans Activist Over Bathroom Policy
Redstate
The Morning Briefing: New and Improved Kevin McCarthy Passes First Test as Speaker
PJ Media