Trump Approval in Battleground States Is Bad News for Dems

Another poll with news that sounds like trouble for the Democrats.

That’s a big problem for Democrats if they were hoping to gain ground on Trump in those areas.

One of the main reasons why is how positive people are feeling about the Trump economy and how they don’t see much in what the Democrats are offering. Indeed most of the ideas being pushed by the Democrats just do not play well in the battleground areas.

From Townhall, via CFR:

President Trump still has solid support among his base in this region. Most Republican voters approve of the way Donald Trump is handling his job as president and large majorities approve of his approach on key national issues including more than nine in ten who approve of the way he is handling the nation’s economy. Most Republican and Republican-leaning voters (73%) also say they want President Trump to be the Republican Party’s nominee for the 2020 election while small shares of Trump voters (28%) can imagine a scenario in which he enacts a policy, or fails to enact a policy, that would result in them changing their vote choice.
[…]
Most swing voters in these states see bans on fracking, stopping detainments at the U.S. border, and Medicare-for-all as bad ideas. The poll also consistently finds that while Medicare-for-all has played a significant role in the 2020 Democratic primary debates, it is not the top health care issue for Democratic voters. Large shares of swing voters in Michigan, Minnesota, Pennsylvania, and Wisconsin say stopping detainments at the U.S. border for people cross into the country illegally and a national Medicare-for-all plan are “bad ideas.” Swing voters are slightly more divided in their views of a ban on fracking with large shares of Pennsylvania and Wisconsin swing voters saying such a ban is a “bad idea” as do a slim majority in Michigan and half of Minnesota swing voters.

But Democrats don’t care as they race to the left to capture the nomination and pitch things that have no appeal to these folks.

Matt Vespa at Townhall points to the Moody’s modeling which as been accurate with one exception since 1980.

The three different models showed Trump winning either 289, 332 or 351 votes in the Electoral College over his eventual opponent. The projections are based on how consumers feel about their financial situations, stock market gains achieved under Trump and the prospects for unemployment.

“If the economy a year from now is the same as it is today, or roughly so, then the power of incumbency is strong and Trump’s election odds are very good, particularly if Democrats aren’t enthusiastic and don’t get out to vote,” Mark Zandi, chief economist at Moody’s Analytics and co-author of the paper, told CNBC. “It’s about turnout.”

And if they nominate Elizabeth Warren or Bernie Sanders, prepare for it to be the larger number as people come out in droves against losing their private insurance and losing their jobs with the programs these folks are pushing. 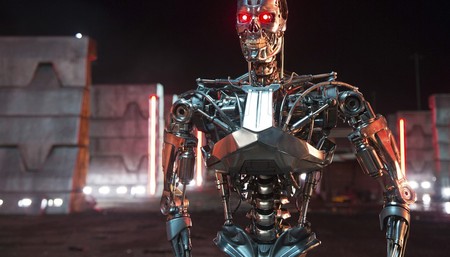