The most important thing about yesterday's vote: national reciprocal concealed-carry is doable.

Senator John Cornyn’s (R, Texas) common-sense proposal that states with concealed-carry permits recognize other states’ concealed-carry permits was up for a vote yesterday as an amendment to Reid’s otherwise-useless “gun control” bill; and it came close to passing. Pretty freaking close, in fact (57/43). Flip South Dakota, New Hampshire, and West Virginia next year, and that’s sixty for cloture and let’s-see-what-bill-Obama-won’t-dare-veto.

Get the right people elected next year, and it can happen.

CNN's Anderson Cooper Attacks Kayleigh McEnany's Husband, Walks It Back After She Dunks Him
Sister Toldjah

Joe Being Joe: He Saved Us From a 'Great Depression' '11 Years Ago,' America, and He's Gonna 'Do That All Over Again'
Mike Miller 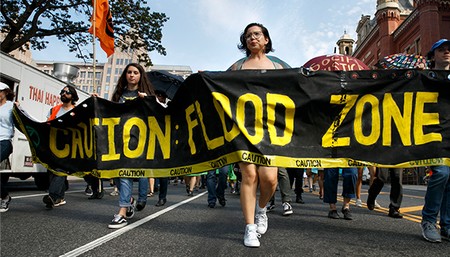 Climate Alarmists Said We Had 14 Months Before Climate Change Was Irreversible...It's Been Over 14 Months
Brandon Morse