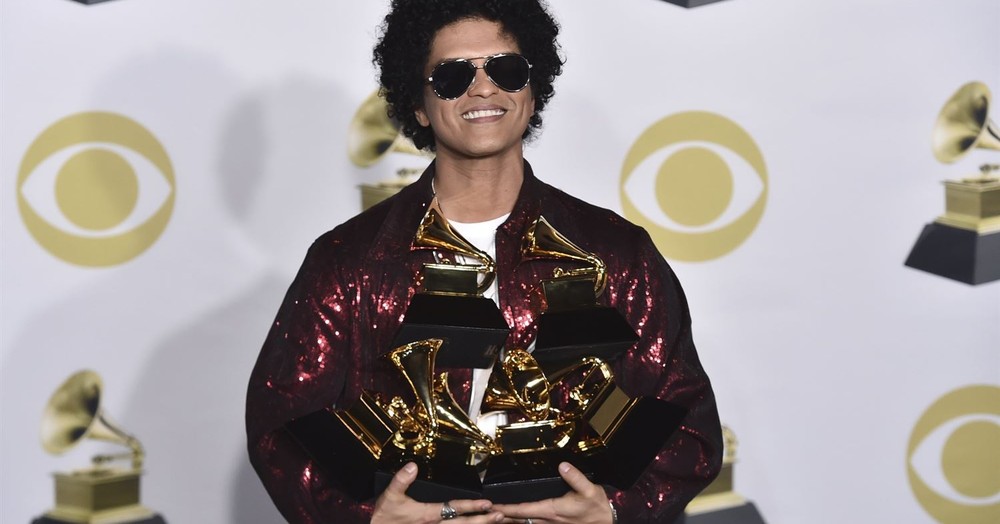 Last night, one woman won a solo award at the Grammys. A night that was spent tackling politics, including the #MeToo movement, and the Recording Academy only managed to think one woman was good enough to be recognized for talents that didn’t require any help at all.

This is the same night that recording artist Kesha performed a song that accused her producer of making her feel like she was nothing without him.

Here is the Recording Academy president on the subject:

Recording Academy president Neil Portnow was asked by Variety about #GrammysSoMale and had this to say:

“It has to begin with… women who have the creativity in their hearts and souls, who want to be musicians, who want to be engineers, producers, and want to be part of the industry on the executive level… [They need] to step up because I think they would be welcome. I don’t have personal experience of those kinds of brick walls that you face but I think it’s upon us — us as an industry — to make the welcome mat very obvious, breeding opportunities for all people who want to be creative and paying it forward and creating that next generation of artists.”

You see, women in the entertainment industry – the same industry whose backrooms are filled with men pressuring women into sexual favors in return for advancement – aren’t working hard enough to win recognition for their art.

There was, thankfully, some recognition of women… in the pre-cast show.

Lisa Loeb, Reba McEntire, Aimee Mann, and Carrie Fisher were among the female winners during the pre-telecast ceremony. Rihanna shared a win with Kendrick Lamar for best rap/sung performance for the song “Loyalty.”

Plenty of women got to perform during the show, but very few of them received any accolades for their work.

The sins and vices of the entertainment industry, including the recording side, are only now being laid bare, and we see what women in the entertainment industry must suffer through in order to receive even the faintest shot at making it big. They will do what it takes, allowing themselves to be taken advantage of, and then not receive any recognition for their work.

There is a point when you have to look at the evidence and say that something is definitely up. I only listed a few items, but there is evidence dating back years. The awards show may mean nothing to actual music fans, but the awards themselves mean something to the artists.

For women who have climbed steep uphill battles, you would think they would get some kind of recognition, but they don’t.