Only the Left could say we have too many choices

For all his faults, [mc_name name=’Rep. John Boehner (R-OH)’ chamber=’house’ mcid=’B000589′ ] has his moments. This moment comes in the form of a final shot at the White House, which is very much against his plan to increase school choice options:

WASHINGTON — In what can be viewed as a late homage to departing House Speaker [mc_name name=’Rep. John Boehner (R-OH)’ chamber=’house’ mcid=’B000589′ ], the lower chamber has adopted anew a federally funded school voucher program for students in Washington, D.C., but the proposal is likely to run into a roadblock – the White House has made its opposition known.

In a 240-191 vote, with eight Republicans voting against it and two Democrats offering support, the House sent to the Senate legislation to extend the Scholarships for Opportunity and Results Act at an estimated cost of $60 million annually, allowing D.C. students from eligible low-income families in kindergarten through grade 12 to attend private schools at taxpayer expense through 2021.

While the caveat to this bill – making the private schools take the same national tests as the public schools – is a bit worrisome, the logic behind it is sound. There needs to be data to show the plan is working. That’s why it was scrapped by D.C. in the first place. There wasn’t enough data to show a “significant impact” on the overall education scores in the District, so they got rid of it. Hey, the beltway folks don’t want the commoners’ kids mingling with theirs. That would be problematic.

But, here’s the really fun quote that brings all this together:

Even if the program were successful, Norton argued, “it still would not be needed, least of all in the District, which has perhaps the most robust public school choice program in the country.”

Do you get that? Washington D.C. has enough choices already. They don’t need more choices. You will have the choices we provide you and nothing more, and you will like it.

The freedom to choose what school to send your child to is one of the most basic ones you could have in education. While I’m not overly thrilled about the voucher program (I worry about government money getting into non-government places and making very government demands of those non-government places), I respect Congress for trying to expand the rights of parents to choose the kind of education that is best for their children.

The idea that you can have too much choice is an idea brought into being by people who totally want the government to control what you have to choose from. They don’t particularly like that you have free will, because that means you can go against them. That’s part of the reason they hate school choice – it gets kids out from under their control.

US Senate Passes Stop-Gap Spending Bill, With Over $12B More for Ukraine
Becca Lower 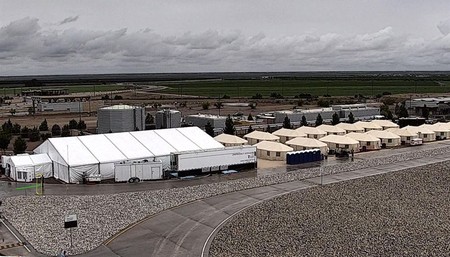