Douglas Muir, an adjunct faculty member at the University of Virginia, learned that expressing an opinion on Facebook is verboten if it deviates from leftist orthodoxy.

Roger Voisinet posted a photo of Garza with the following caption:

Alicia Garza of Black Lives Matter now at the Paramount working for dignity for everyone. If you want peace work for justice.

“Black lives matter is the biggest rasist (sic) organisation (sic) since the clan (sic). Are you kidding me. Disgusting!!!”

The comment has since been deleted but it was published long enough for left wing informants to fly into action to punish the man for thinking differently from them. The comment was screen captured and forwarded to Muir’s employers at the University forcing them to issue formal statements condemning Muir’s Facebook comment. The vice mayor of Charlottesville Wes Bellamy seized upon the opportunity for making political hay by calling for a boycott of the restaurant owned by Muir. Bellamy may or may not be demanding that the University terminate Muir’s employment. The “oppressed” elected official also appears to be demanding that Muir attend some sort of re-education session to correct his wrong-thinking.

On another note…I will NEVER frequent @Bellasrestaurant again. I met Doug Muir for the first time a couple of weeks ago at the @tomtomfestival…and I didn’t expect this from him, but if this is how he feels, he doesn’t have anything else to say to me. I would encourage everyone in the city to boycott the restaurant. I would also implore the @theuniversityofvirginia and the Darden School of Business @dardenmba (One that’s celebrating Diversity Week) to address this issue immediately. The notion that #BlackLivesMatter can be comparable to the Klu Klux Klan is not only incredibly misguided, but goes to show the lack cultural awareness that still plagues many professors at our Universities across the country. An organization, a movement, a collective body that aims to empower Black People, and rally allies is not a terroristic organization, but one that aims to collective bring people together to address systemic oppression and racism, amongst other things, is here to stay. If #blacklivesmatter✊?✊?✊? offends you, makes you feel uncomfortable, or makes you believe that we are similar to the KKK…just understand this, times are changing, the movement is moving, and a people oppressed will no longer remain silent. We have support from the highest of the high to the lowest of the low, and WE are here to STAY and WE ARE GOING TO CONTINUE TO CREATE CHANGE!!! #blacklivesmatter✊?✊?✊? #BoycottBellas You have my number Frank Muir, I’ll await your call so that you can get the cultural training that you need. We can make a day, a week, a month, or however much time of it to get you where you need to be!

It is important to recognize that Muir’s comment is about the nature of an organization. An organization’s stated goal isn’t always an accurate representation of what an organization does. Black Lives Matter has distorted the facts of several police involved shootings in order to create the impression of systemic racism and renegade bigoted cops aiming to gun down innocent black people. The organization preaches Marxism and celebrates cop-killers and terrorists. Their rhetoric has encouraged the assassination of police officers in several American cities. It is entirely acceptable for someone, even a university professor, to hold a negative opinion of the group without being harassed by elected officials and without having his livelihood threatened. The online lynching of Muir and his opinion suggests that he makes a valid point.

Muir is reportedly on leave from the university and his whereabouts are unknown. 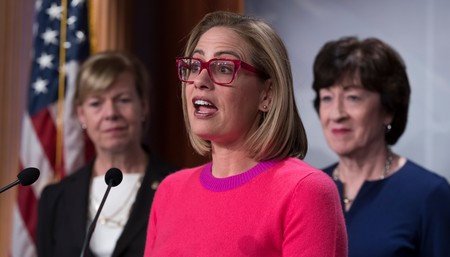