When Will the Republicans Get Serious About Marijuana? 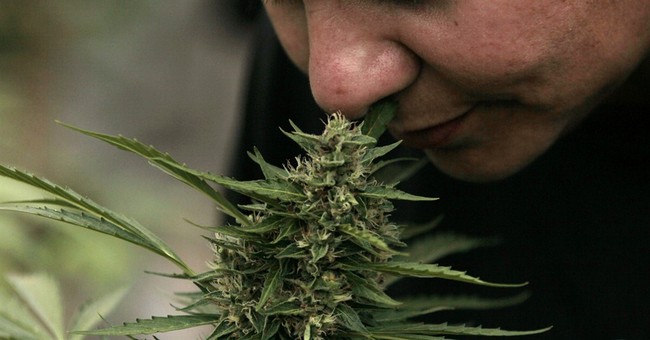 If there were one issue that Republicans could use to win more electoral victories, it would be marijuana. It is an issue that is receiving more attention now that the focus is on former Vice President Joe Biden and his running mate, Sen. Kamala Harris (D-CA).

Both candidates have a rather controversial history regarding the war on drugs and punishing Americans for offenses related to marijuana. Biden was one of the authors and most vocal proponents of the 1994 Violent Crime Control and Law Enforcement Act that contributed to the mass incarceration of black men and women.

While the Democratic candidate has recently expressed a modicum of remorse regarding his championing of the legislation, it wasn’t that long ago that he defended his decision. In a 2016 interview with CNBS, Biden insisted that he was “not at all” ashamed of supporting the bill.

Most of those who were imprisoned were being punished for crimes related to marijuana and other drugs. It is one of the parts of Biden’s past that he has had to confront during his candidacy for president and will likely cost him votes from the black community in November.

On top of the former Vice President’s marijuana issues, Harris also has a troubled past related to this subject. While serving as California’s Attorney General, her office oversaw the convictions of nearly 2,000 convictions in San Francisco, most of which were black men.

While attorneys who worked under her claimed that most of these cases did not result in imprisonment, Harris has still come under fire for waiting so long to come out in support of legalizing marijuana.  In 2010, she opposed a measure that would allow recreational use of pot. It was only in 2018 that she reversed her stance, which has caused people to doubt her sincerity on the matter.

But now, Harris has laid out a comprehensive plan to make marijuana legal at the federal level. Interestingly enough, a majority of Republicans actually approve of her idea. A Data for Progress survey revealed that 60 percent of Republicans indicated that they support the proposal, which is called the Marijuana Opportunity Reinvestment Act, which Harris introduced in the Senate.

If signed into law, the legislation would decriminalize marijuana and allow certain offenses to be expunged from an individual’s record. It would also create a fund that would give money to communities who have been adversely impacted by the war on drugs.

At first glance, it may seem that with Harris’ proposal, the Democrats have already beaten the GOP to the punch. But it is worth pointing out that it is not too late for the Republicans to take the initiative on this issue. Indeed, it would undoubtedly redound in the GOP’s favor if they did push for legalizing pot. The poll also showed that 58 percent of voters believe the federal government should legalize the use and sale of marijuana nationwide.

Even though the election is less than two months away, President Trump and Republican lawmakers could easily take the reins on this issue. They could introduce their own legislation with the support of the President. They could cast a bold vision for the proposal, one that could go farther than Harris’ bill.

In so doing, they could curry more favor with voters and put the Democrats in the position of either having to reject legislation that would benefit a significant number of black Americans or follow the lead of a GOP crusade to prevent more Americans from being punished over the drug. It could be an easy win for conservatives in government as it would have the support of both Republican, Democratic, and independent voters.

The COVID-19 pandemic and the subsequent economic losses have caused significant harm to Trump’s chances for re-election. The widespread rioting and racial tensions have both hurt and benefitted his odds for victory in November. But pushing for the legalization of marijuana is a strategy that could give him a much-needed edge.

It’s worth noting that he wouldn’t even need to have the legislation passed by Election Day — simply putting the GOP on the course for implementing the measure might just be enough. If the polls are any indication, the President could use any electoral help he could get.