Black Imprisonment Rate Plummets By One Third Since 2006 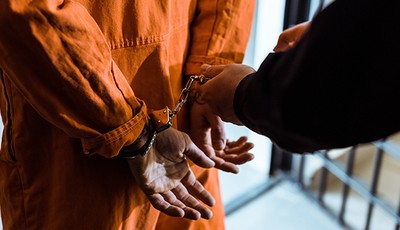 Here’s some encouraging news. According to a recent Pew Research Center study, the United States’ imprisonment rate is at historic lows. The most significant decline has been among black inmates, whose rate decreased by 34% since 2006.

While these numbers only account for inmates serving time in state and federal prisons with sentences for more than one year, they demonstrate a favorable trend in rates of imprisonment. There has also been progress among other ethnic groups as well. During the same time period, imprisonment rates among Hispanics fell by 26% and 17% among whites.

The study showed that black men are still more likely to be imprisoned than people of other races. The rate is nearly double that of Hispanic men. However, the racial gap is steadily beginning to close as imprisonment rates among blacks are getting closer to that of whites.

There are likely several different factors that account for the sharp decrease in the black imprisonment rate. Adam Gelb, the head of the public safety performance project of the Pew Charitable Trusts, told The Washington Post that “changes in drug use and enforcement over the past 15 years could be at play.” He also indicated that fewer blacks were being locked up for drug offenses; The number has seen a drastic decrease since the days of the crack cocaine epidemic which saw a sharp rise in the incarceration of African Americans during the ‘80s and ‘90s.

Stanford Law School Professor Joan Petersilia also indicated that a shift in focus on the part of law enforcement also plays a part. “Sex offenders, who are disproportionately white and tend to receive long sentences, are a new target for the war on crime,” she said. According to the statistics, a much larger proportion of white inmates have been imprisoned due to sex crimes (16.4%) than black inmates (8%).

Amid the debate over the criminal justice system, especially when it comes to police reform, a bit of good news is welcome. Progressives often use the justice system as one of their primary arguments demonstrating that America is still as virulently racist as it was 100 years ago. But, while the justice system still has issues with racism — although not to the degree the left claims — it seems evident that improvements are being made.

Of course, it’s also worth noting that the black community has also come a long way despite the racist policies of progressive politicians which are designed to foment the type of environments that breed crime. While there are still critical issues that must be addressed, it can’t be denied that in some aspects, things are getting better. Perhaps with the involvement of conservative leaders, more significant changes can be made.