The Democratic Establishment Has Beaten The Progressive Faction For Now. But It’s Not Over Yet. 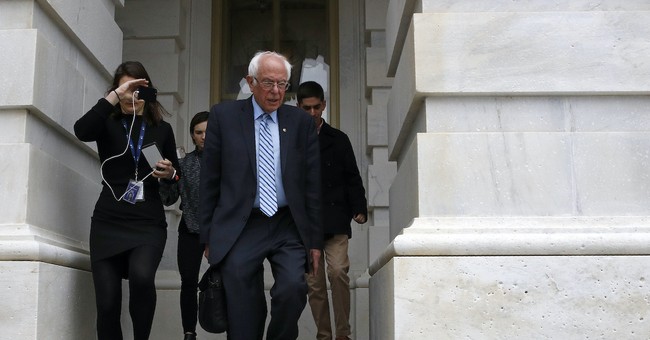 The Democratic civil war between the establishment and the progressive factions took an interesting turn in 2020. With Bernie Sanders out of the race and most of the congressional candidates backed by far-left Rep. Alexandria Ocasio-Cortez being defeated in the primaries, it seems that the old guard has won a decisive victory.

But, in the words of Lenny Kravitz, “It Ain’t Over ‘Till It’s Over.”

With Biden as the presumptive nominee, the Democrats have chosen a candidate that is decidedly liberal, but not as far left as Sens. Bernie Sanders and Elizabeth Warren. It means that even if he does the unthinkable and manages to beat Trump in November, the nation will not be led by a full-blown socialist. However, this does mean that the socialist movement is over.

The far-left progressive crowd might be down for the count, but they are not done fighting and are itching for a rematch. This loss will give them time to regroup and address the mistakes that they made during this election cycle. While it may not be publicized, one can be certain that they will do their own political autopsy to find out where they went wrong and develop a more effective strategy going forward.

It is also worth pointing out that Sen. Sanders may have lost the race for the nomination, but he has succeeded in one important endeavor: Shifting the Overton Window. Before 2016, an openly socialist presidential candidate gaining this much traction would have been unheard of.

But having almost secured the nomination twice, Sanders showed that his Marxist ideology was no longer something relegated to being debated in universities and in other cultural institutions. Indeed, it is now part of the mainstream conversation on politics in America.

Now that the Democratic Party is ridin’ with Biden, the socialist crowd will temporarily fade into the background as the effort to defeat Trump ramps up. All eyes will be focused on ousting the president. AOC has already pivoted from her take-no-prisoners approach to the establishment to a more cooperative stance. Politico noted the change in strategy:

“After starting some high-profile fights with Speaker Nancy Pelosi and tweaking Democratic colleagues on Twitter early in her tenure, Ocasio-Cortez has been more conciliatory toward other House Democrats. In February, she dubbed Pelosi the ‘mama bear of the Democratic Party.’”

Despite attempts to primary AOC, it is not likely that she will lose her seat. Reps. Ilhan Omar (D-MN), Rashida Tlaib (D-MN), and Ayanna Pressley (D-MA) are also safe. Each of these lawmakers represent predominantly minority communities, so the Republican Party will not bother to offer much support to any GOP candidates challenging them.

It seems safe to say that the squad and the rest of the socialist faction will be looking to the 2022 midterm elections to try their luck once again. This will be the group’s next opportunity to expand its influence in Congress.

There can be no doubt that the socialists will use a strategy similar to the one that got all four members of the squad elected in 2018. But this time, they will be more seasoned, having gained more experience sloshing their way through the D.C. swamp.

Sanders’ departure signifies only a temporary setback. But the movement he sparked is not going to fizzle out anytime soon, especially since his Bernie Bro standard-bearers will continue to carry the Marxist torch.

Right now, the conservative movement must not be lulled into a false sense of security. Now is the time to increase efforts to win over the culture. It means we must not only continually expose the dangers of Marxism, we must also sell the virtues of free enterprise and limited government. The movement must finally become a bigger tent and start making genuine efforts to win over minority voters.

The socialist faction has suffered a setback, but they will undoubtedly be back. The question is, will the conservative movement be ready?