Italians Continue to Test Positive Long After Symptoms Are Gone; Is it Possible That Genetics Plays a Role? 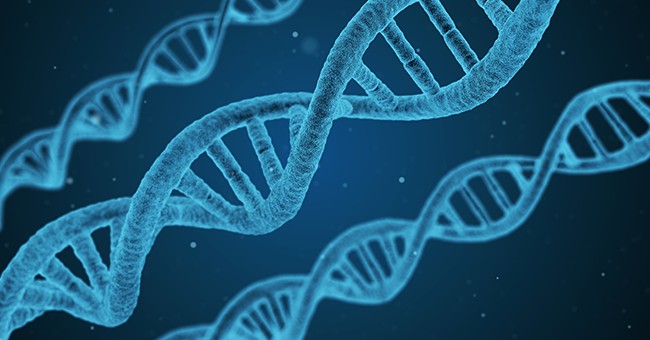 According to an article in The Daily Beast written by Barbie Latza Nadeau, doctors in Italy are finding that many COVID-19 patients continue to test positive long after their symptoms have ended. The headline caught my eye because I recently received a reader email from a doctor who believes there may be a genetic reason why Italians and Iranians, for example, might be more prone to COVID-19 than say, Germans. And I will circle back to that idea later.

Anyway, Nadeau writes about an Italian newscaster, Alessandro Massimo, age 30, who tested positive for COVID-19 on March 11. His symptoms were a slight fever and a sore throat. The only reason he was tested was because a colleague had been infected. The guidelines from the Italian Health Institute require a negative test result before a patient can be released from quarantine. So, two weeks later, his mild symptoms long gone, Massimo was tested. The result was positive. At three and four weeks, Politi continued to test positive.

Similar experiences with other Italian patients has led one of the hardest-hit regions of the country, Lombardy, to double the required length of self-isolation following a positive test to 28 days. Nadeau writes that the outbreak began there. Lombardy, which is “Italy’s wealthiest region, has more than 60,000 of Italy’s nearly 160,000 cases and 60 percent of the country’s more than 20,000 deaths. On Saturday, Milan alone logged as many deaths in one day as the entire region around Rome has recorded since the outbreak began on Feb. 25.”

Dr. Massimo Galli, director of the biomedical and clinical sciences department of the Sacco Hospital in Milan, said that “Politi is not an isolated case.” There are many who continue to test positive weeks after symptoms have ended. And he wonders if this is why “it’s taking so long for Italy, which flattened the curve on infections more than 10 days ago, to start seeing a drastic decrease in cases.”

Galli added, “Now that we have started thinking about a restart we must absolutely avoid conditions and situations that can put us in serious crisis again.”

Italian health officials fear that individuals who believe they are disease-free because they haven’t experienced symptoms for two or three weeks or those whose symptoms went unnoticed and therefore were never tested, but nonetheless carry the virus, become “silent spreaders.”

Politi says he will stay in quarantine as long as it takes to test negative twice, which is what the Italian health system requires for those who have tested positive to leave self-isolation. The alternative for anyone who breaks quarantine is arrest and a five-year jail term.

“I keep having to ask myself, if after 30 or more days I am still positive with a full viral load, theoretically super contagious, how many are we in Italy like this?” Politi wonders. “In light of the fact that there have been many positive cases even 40 days after the end of the symptoms, how many are there who are not tested but after the 14 day quarantine go around and infect others, or even risk their own lives?”

Back to the email from the doctor. He was responding to a post I had written about why both Iran and Italy had been hit so hard by the coronavirus. My theory was, because they had both signed on to China’s Silk Road project, they interacted more frequently with the Chinese. He believes there is more to it than that.

Let me preface this by saying I am not a doctor and I have no background in science. All I have a little bit of Italian (and a lot of Albanian) blood running through my veins and found these ideas to be fascinating. Nor is the doctor whose ideas I am passing along, a geneticist.

There is something in the genetics. It goes back thousands of years.